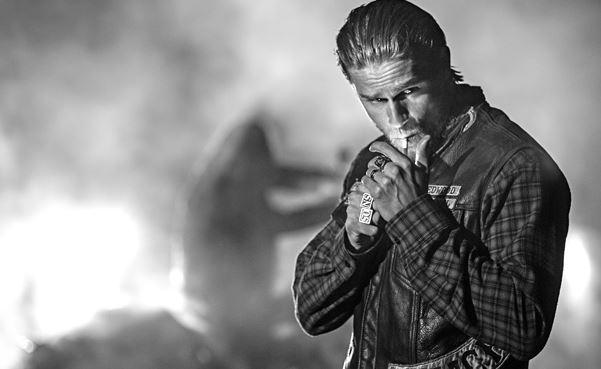 Sons of Anarchy season 7 is starting in less than a month and the date of the season/series finale has been revealed for the first time.

It will be on Tuesday, December 2.

The next day, the official behind-the-scenes companion book, Sons of Anarchy: The Official Collector’s Edition, will be released.

“Go inside the clubhouse and behind the scenes of the #1 smash hit FX television show Sons of Anarchy with this official book, the only one officially sanctioned by the show’s creator and FX, which offers the definitive insider’s guide to all seven seasons, including the series’ memorable final episode,” according to Amazon, which is taking pre-orders for the book for $26.96.

The book is authored by Tara Bennett, who has authored many television and movie companion books, including The Art of Terminator Salvation and LOST Encyclopedia.

Kurt Sutter, creator of Sons of Anarchy, wrote a special introduction for the 208-page hardcover book.

“Complete with a deluxe package, and hundreds of striking full-color photographs throughout, Sons of Anarchy: The Official Collector’s Edition is the must-have book for any Sons of Anarchy fan,” the description concluded.

Season 7 premieres on September 9. Futon Critic appears to confirm that the finale will be on December 2. All of the episodes will air consecutively, with no break.