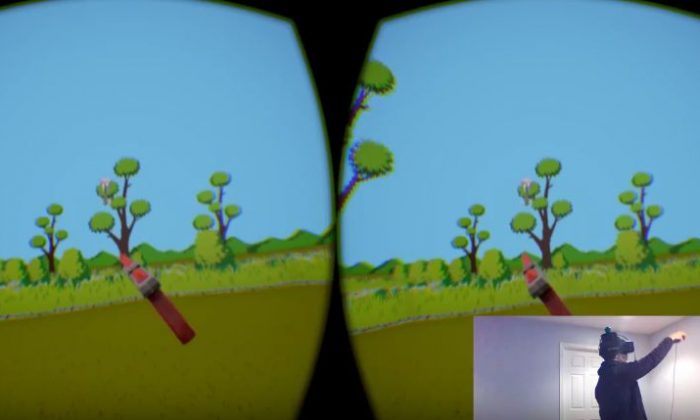 Someone Made Virtual Reality ‘Duck Hunt’ and It’s Pretty Neat

Joseph Delgado, who goes to the Jersey Institute of Technology, recreated the 8-bit NES game for the Oculus Rift, and it includes 360-degree movement.

He used a Razer Hydras controller to replace the Light Gun, which appears in the Oculus screen.

In a blog post, he says: “Ducks spawn at random spawn points placed behind bushes and tree branches so they can’t be seen spawning, and then fly around in a radial pattern around the field the player is in. Shooting a duck nets you 50 points, and each remaining shot at the end of the round nets you another 50 points.

“Each day you have a goal for ducks shot. If you miss that goal, it’s game over! If you manage to last all 7 days, you win the game. Pretty simple!”