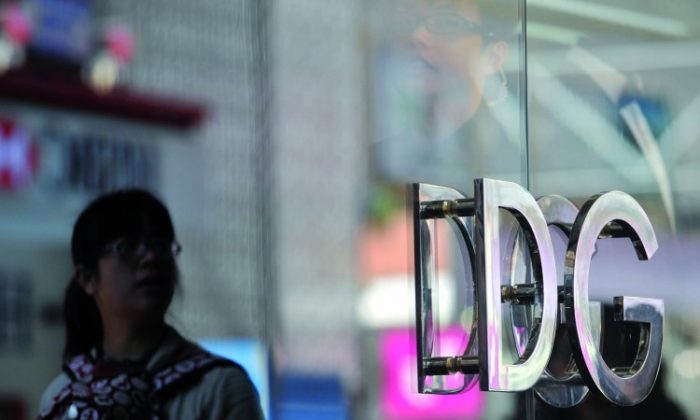 Tension between Hong Kong and Mainland China is rising, as social differences between the former British colony and its communist neighbour became more apparent recently.

A recent survey has indicated that more than 79 per cent of Hong Kong people identified themselves as Hong Kongers instead of being labelled Chinese. The number identifying themselves to be Chinese has been the lowest in a decade.

“There is a realisation that integration is inevitable, but there is a backlash at the same time as Hong Kong people would like to retain their autonomy and characteristics,” said Hong Kong academic Cheng, reported AFP.

Points of tension between the Mainland and the Special Administrative Region (SAR), handed back to Beijing in 1997 after British rule ended, have been demonstrated in terms of marked differences in public behaviour to business ethics, as well as language and colloquialism barriers.

Beijing has engaged in enforcing Mandarin in all provinces and banned local dialects on public TV and radio. This campaign has also extended into Hong Kong since the hand-over and has subsequently upset many of the locals.

Since 1997, Mandarin language lessons became compulsory in schools in Hong Kong and an increasing number of professionals began to learn the dialect after the handover in Hong Kong’s business interaction with the mainland increased.

In August last year, thousands demonstrated in Guangdong Province, where the government proposed to clamp down on the use of Cantonese. Hong Kongers responded with anticipated solidarity protests as well, seeing the move as a step towards erosion of Hong Kong’s identity.

“What type of people are those who deliberately don’t speak Mandarin? Bastards!” the outspoken academic, who says he is a descendent of Confucius, said in an interview with a Chinese TV channel.

“As far as I know, many Hong Kong people don’t regard themselves as Chinese. Those kinds of people are used to being the dogs of British colonialists—they are dogs, not humans.”

Hong Kongers have always regarded themselves to be distinctly separate from its communist neighbour and consider their region to be an independent economy with its own rule of law. They also pride themselves for having better manners and sophisticated lifestyles when compared to the Mainlanders, who are consider less worldly and view spitting in public as normal.

“I think this tension between Hong Kong people and mainlanders is worsening. This is a ticking time bomb,” Hong Kong politician Lee Cheuk-yan said, reports AFP.

The feud has been aggravated by a recent video that went viral on the Internet, showing a Chinese girl being berated for eating on the Hong Kong metro. The incident has angered Chinese, but has highlighted the decline in social relations.

Some Hong Kongers have since responded to the incident by further displaying their dislike of the Mainland tourists with an advertisement depicting the visitors as locusts.

The advert was published in Hong Kong’s widely-read Apple Daily recently by an anonymous group and is reported to be in retaliation for comments made by Chinese Professor Kong Qingdong, who called locals of the former British colony “dogs”.

Millions of mainland tourists and investors visit Hong Kong every year, adding billions of dollars to the local economy. But they are also seen as key triggers for rising property prices, driving demand beyond what a local market alone would have achieved. Mainland women are also accused of taking up hospital beds in maternity wards, attracted by better health care and the absence of a one-child policy.

Under the terms of the handover, Hong Kong’s seven million people were promised integrity to the island’s laws and lifestyle. The so-called one-country-two-systems approach was highly praised at the time, but has since proved to be a failure.

Civil liberties have been increasingly restricted, while the election of the region’s chief executive is largely seen as a farce puppet-stringed by Beijing. The March 25 elections of the new chief executive by a pro-Beijing committee will once again show just how fragile freedom is in Hong Kong.