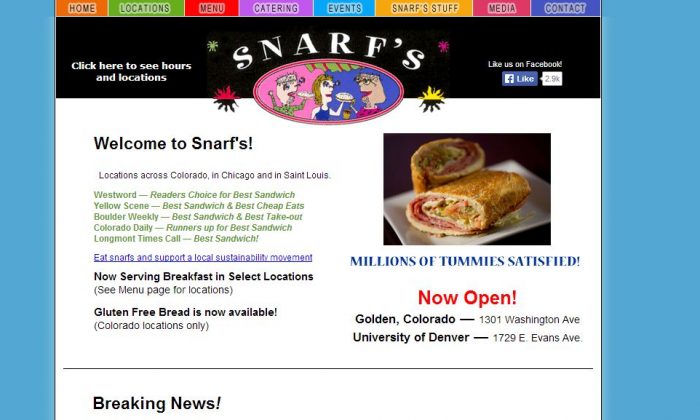 Snarf’s, a Chicago-area sandwich shop, laid off all its employees via e-mail, according to a report.

Chicagogrid.com reported that the some 20 employees at the 600 W. Chicago Ave. location got the e-mail Sunday night from manager Doug Besant.

It then says that “all staff is terminated, effective Monday, December 23, 2013.”

The e-mail then said, “Keep an eye out for the grand opening of the new store,” adding: “Ownership appreciates your service and wish you well in your new endeavors.”

“Chicago is a union town!” workers chanted outside the Snarf’s location on Dec. 5, reported the Chicago Sun-Times.

Jill Preston, the chain’s director of marketing, told Chicagogrid that the firing was unrelated to the strike earlier this month.

“During the Christmas holiday we’re pretty slow,” she told the site. “The restaurant’s usually three quarters closed. This does happen to coincide, but this is something we’ve had planned for awhile.”