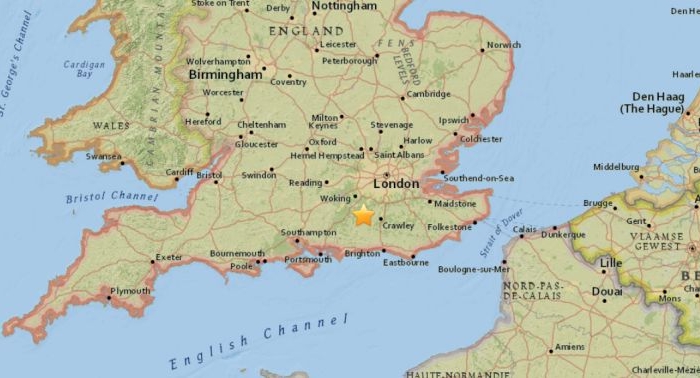 A small earthquake struck near Gatwick Airport in England on Thursday, and passengers said they could feel the ground moving.

There were reports that “It was like two huge explosions” and of a “large impact then two to three seconds of shaking,” the agency said.

Other reports said the tremor “felt much bigger than the last two recent quakes” and “it was like two huge explosions,” according to the agency.

On social media, users said they could feel their workplace or home shake.

Resident Trevor Harlock wrote, “Earthquake in Surrey!! Just felt a tremor in Charlwood … 11:55 the earth shook and glasses in our kitchen cabinets jangled together.”

A number of reports have been received from members of the public in Newdigate, Dorking, Horley and Charlwood, Surrey and from Crawley and Horsham, West Sussex. #earthquake

We've posted details of this Morning's 3.1 event in surrey on our website- https://t.co/0kFnAwLOFV pic.twitter.com/pGwZlbEzw5

Did anyone else just feel the ground shake? Our whole office just shook. #gatwick #earthquake

Last week, according to the BBC, there was a “small” earthquake centered near the Gatwick Airport.

The British Geological Survey said the earthquake registered as a 2.6 on its scale.