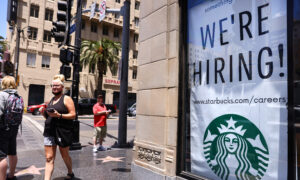 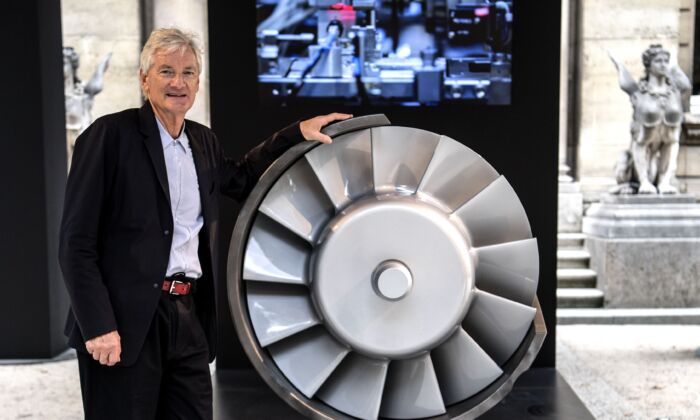 British industrial design engineer and founder of the Dyson company, James Dyson, poses next to the model of an engine during a photo session at a hotel in Paris on Oct. 11, 2018. (Christophe Archambault/AFP via Getty Images)
UK

The “chances of the next generation will suffer” if British workers do not return to the office, Sir James Dyson has warned.

The billionaire inventor has called on the government to take the “less popular decision” and lead workers away from their homes and back into offices in order to restore the “competitiveness” of the nation’s firms.

England’s order to work from home where possible was lifted on July 19, and the government has said it expects and recommends a gradual return to workplaces over the summer.

He wrote: “Glib statements from ministers about home-working being ‘here to stay’ show a lack of understanding of the detrimental impact that it is having. Where is their output-based evidence?

“We risk creating a two-tier workforce with those at home becoming less and less effective, leaving those diligently attending the workplace to drive the business forward.”

Dyson pointed to his own business as an example of how some firms are not suited to flexible working.

He highlighted his company’s development of a new ventilator during the initial outbreak of the pandemic, with a team of 400 coming together to build a new medical device from scratch.

“Projects like this could never work with people cocooned at home,” Dyson said.

He urged the government to restore the right for companies to determine how best to organise their teams, adding: “The government must now harness any ‘vaccine dividend’ and support Britain’s firms as they seek to recover their global competitiveness.

“Returning to the workplace is the essential starting point.”