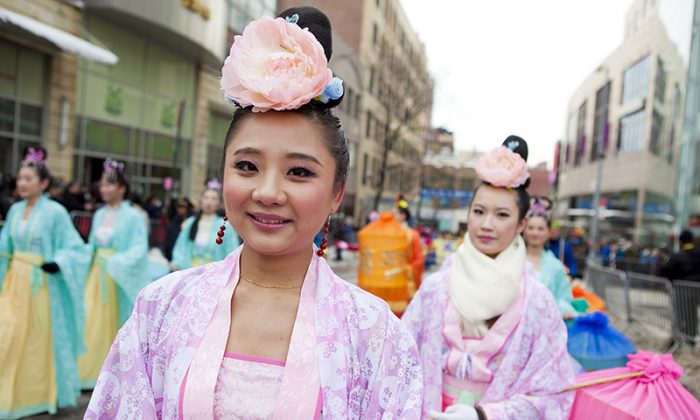 In my mind, Chinese New Year usually announces its presence through a long-forgotten song. The first notes–often something I accidentally hear on the street–acts as an emotional tripwire. Just for a moment, strangers are transformed into fellow passengers on a breathtaking journey. So I know of no better way to express my New Years greetings to Chinese people across the world than to tell a story about people singing together in extremely difficult circumstances. The following account was told to me in Bangkok, by five religious refugees from China:

While she was in prison, a thought kept running through her mind: will the world ever know what happened here?

The doors to the caged balcony of Heizuizi Female Prison had not been opened for a year, but an irresistible, almost itchy feeling was sweeping through the cellblocks as a warm afternoon wind blew in after the heavy snows of 2004. The guards checked their watches, unlocked the massive steel gates, and threw them open. Streaks of sunlight illuminated the concrete floors and all the prisoners from seven cells stepped out at the same time. For a change, everyone was together: All the religious prisoners, many with the scars of electrocution on their faces, side by side with the hardened criminals–drug addicts and prostitutes in the main–who served as the daily masters of routine punishment.

Everyone remembers how quiet it was. Everyone just breathing the air as if one could drink in traces of oceans and steppes and the Himalayas. Beyond the cell blocks and guard towers, vast clouds were tumbling across the horizon, and even patches of grass and tiny white flowers seemed to be waving toward the heavens.

…and the hardened criminals joined in. Tentatively at first, then loudly, with great spirit. And as the chorus drew near again…

…they began crying. Then everyone was. Across seven cells.

Then the guards said, “Okay, okay, get back inside.” And everyone did. And the guards locked the steel gates and never opened them again.

I saw one of the women who told me that story quite recently. Jing Tian lives in Vancouver with her husband (who had also been incarcerated for his beliefs). Instead of dwelling on the past, we celebrated in a hot, crowded, and noisy hotpot restaurant where we ate endless plates of lamb and told jokes until my stomach hurt. But Jing said one serious thing that stuck with me. While she was in prison, a thought kept running through her mind: will the world ever know what happened here?

Those who sing songs that no one can hear will justifiably ask that question. Yet Jing is not full of bitterness. Jing is full of hope. As the women in those seven cells were, if only for a moment. So let us pause, from our steaming hot pot, our jokes, our politics, and our differences, and let us hear their song, and reaffirm, if only for a moment, that faced with the promise of Spring, perhaps we are not strangers at all.

Ethan Gutmann is the author of “The Slaughter,” currently available at Amazon, Barnes & Noble, and Random House.