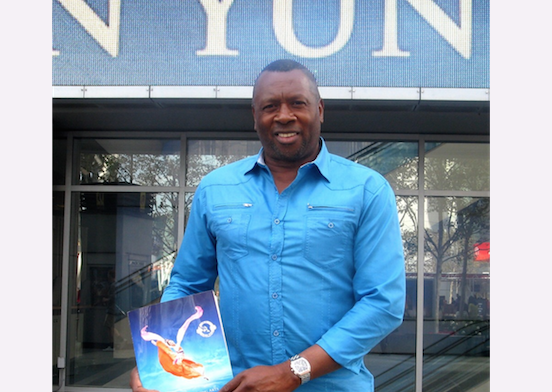 Ralph Dudley, a singer, songwriter, and entertainer, was amidst the audience of more than 4,500 theatergoers at the March 23 matinee, and he was excited to be there.

He learned about Shen Yun from the billboards and newspaper advertising.

“I told myself, ‘I need to get down there and see this show,’” he said.

“[It] was fantastic. The production is incredible. The orchestra—live orchestra—they were right on point,” Mr. Dudley said.

He joked that the orchestra was so good that, at times, he forgot that it was live.

“I thought the lyrics were powerful,” he said. “The delivery [of] the solo[ist] [was] amazing.”

Shen Yun is a non-profit, New York based classical Chinese dance and music company that tours to more than 100 cities in some 20 countries around the world each year on a mission to revive traditional Chinese culture.

Two major features of a Shen Yun performance are the orchestra, which seamlessly combines traditional Chinese instruments with classical Western instruments, and the vocal soloists, who use the bel canto technique while maintaining Chinese pronunciation and diction: “The singers’ ability to do this is unparalleled,” says Shen Yun’s website.

The songs’ lyrics that Mr. Dudley referred to are original texts created specifically for each piece.

Shen Yun’s website explains the universality of the songs’ lyrics: “Brimming with philosophical reflection about human life and containing deep layers of meaning, the texts go beyond the boundaries of nation, race, and culture, and have been fondly received and appreciated the world over.”

Mr. Dudley feels that Shen Yun is accomplishing its mission to revive traditional Chinese culture, and he thinks it’s especially unique for people in Los Angeles in 2014 to get a chance to appreciate ancient Chinese culture.

“The delicacy [of] the movements on the stage, I thought was amazing,” he said. “The ladies just seem to like float across the stage. The men seem to just—the drummers were amazing.”

“I was pretty blown away by the whole show. I didn’t expect to see what I saw.”

“I would highly recommend the show to family,” he said, describing Shen Yun as a family-oriented and positive production.