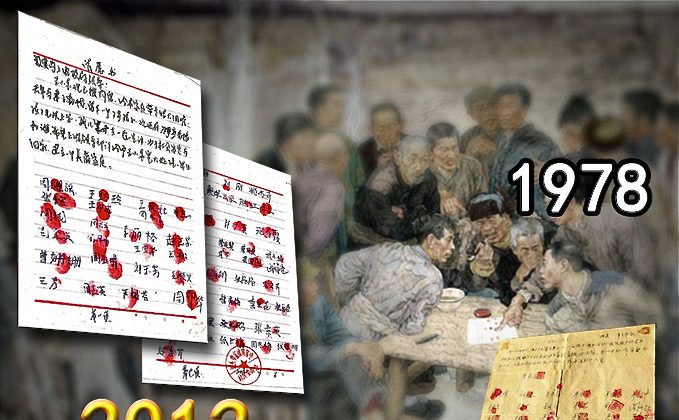 Signs of the Collapse of Zhou Yongkang’s Political Strength

A softer handling of incidents related to Falun Gong in China in recent weeks show that the iron-clad strength of Chinese security chief Zhou Yongkang’s police apparatus, along with his influence, is on the wane.

Since 1999, China’s law enforcement authorities, which Zhou has led since 2007, have systematically persecuted Falun Gong practitioners—and anyone who dares to stand up for them. Recently, signs are showing that Chinese authorities are becoming softer in enforcing the persecution. At the same time, regular Chinese citizens are beginning in greater numbers to stand up in practitioners’ defense.

Last week, a high-profile case against 300 villagers who dared to publicly support Falun Gong was rejected by the Procuratorate. Usually, the Chinese Communist Party (CCP) would find any pretext for prosecuting a case involving Falun Gong. This time the courts cited a “lack of evidence,” and returned it to the local Public Security Bureau for further investigation.

Known as the “Brave 300,” the villagers are said to have shocked the higher authorities by remaining firm in their support for well-liked teacher and Falun Gong practitioner Wang Xiaodong, despite daily harassment and intimidation from local police loyal to Zhou.

Zhou has been reported to be under investigation and his authority over the Political and Legal Affairs Committee, the Party organ that directs almost all law enforcement entities in China, has been handed over to a subordinate.

Another leading member of the faction, Bo Xilai, has been removed from all of his Party posts and is also under investigation.

Sixteen retired CCP officials from Zhaotong, Yunan Province, published an open letter to CCP leaders on May 9, calling for Zhou Yongkang’s dismissal, and calling the persecution of Falun Gong an “unbearable stain” and “shame” for the party.

One by one, the elders were called in for questioning by local police. Despite the elderly officials having touched on such a sensitive political topic, the police were reported to be calm and civilized in their handling of the case and to have treated it as routine.

A sudden reversal in the media’s stance towards qigong—slow motion exercises that move energy through the body—could only be possible with the permission of CCP officials. Falun Gong is the most widely known and practiced form of qigong in China.

Despite qigong being very popular in China, after the persecution of Falun Gong began in 1999, China’s media avoided publishing articles that directly address qigong. But it has recently become acceptable to publicly discuss qigong in China again.

Perhaps most telling of Zhou’s declining power is the speech he gave at a May 25 symposium on China’s Code of Criminal Procedures. It has been widely circulated that Zhou was forced to publicly support human rights as a bow to CCP head Hu Jintao and Premier Wen Jiabao.