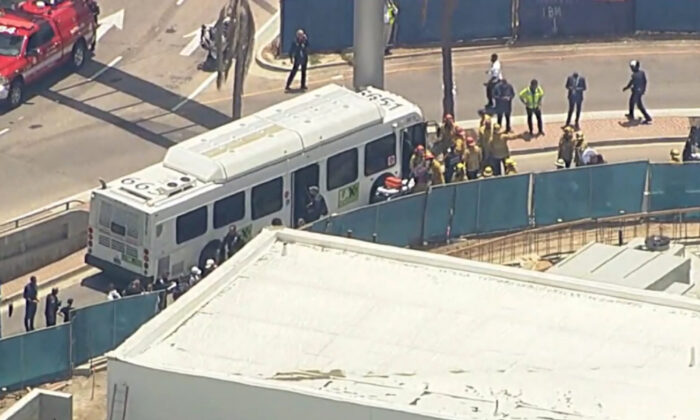 Two of the bus passengers sustained potentially life-threatening injuries, according to Margaret Stewart, a spokesperson for the Los Angeles Fire Department.

Seven others were taken to the hospital with minor injuries, Stewart said.

The crash happened just before 12:30 p.m. near an administrative building as the bus was traveling from the taxi and ride-hailing services parking lot on its way back to the main terminal, said airport spokesperson Victoria Spillabotti.

There were 23 passengers and the driver board the bus, but the majority of the passengers were not hurt, according to the fire department. No pedestrians were injured.

Television news footage showed firefighters wheeling at least one patient on a gurney to an ambulance.

Additional information was not immediately available. Officials did not know who owns and operates the shuttle bus.