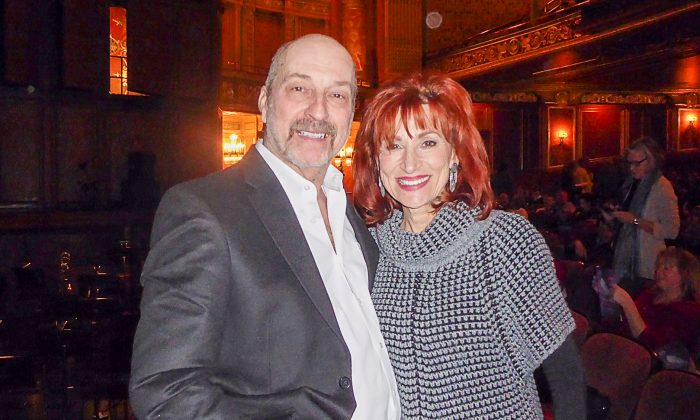 He had the privilege of knowing a group of Mongolians who stayed at his extended-stay establishment in Virginia a long time, and seeing Shen Yun dancers portray the Mongolian horsemen (the Asian equivalent of the Western cowboys, as the program states), gave him a warm feeling. He missed the friendliness of these old friends and sharing in their culture.

Shen Yun, a New York company that brings traditional Chinese music and dance to the world, presents ethnic and folk dances such as the Mongolian dance. Another ethnic dance this year presents the Yi people.

Mr. Kopko enjoyed the entire theatrical experience and “the history behind everything that was shown on the stage today.”

As well as showing the breath of China through showcasing dances from peoples across the country, the company uses classical Chinese dance—a dance form capable of storytelling—to show China’s millennial-old history in dances representing some of the most important dynasties that shaped it.

The Profundity of Shen Yun

Mr. Kopko attended the performance at Benedum Center with Sandra Ciotti, a retired mortgage broker. Both said they were attracted by the spirituality of the dances.

“We’re regular theatergoers,” Mr. Kopko said. “But this has a very different feeling.”

In giving some background, Ms. Ciotti said that she had studied Buddhism and had followed that in her heart.

”The dancers, the fabrics [were wonderful], but the overall spiritual theme is what really draws me the highest,” Ms. Ciotti said.

According to the program book, Shen Yun performers also follow spiritual practice in their daily lives. They “strive to live by the principles of truth, compassion, and forbearance. Performing with remarkable self-discipline and selflessness, they have moved audiences around the world.”

“It was beautiful to see this in this culture; I mean, in today’s world,” Ms. Ciotti said.

The pair summed up the spiritual messages they each received: For Mr. Kopko is was “common belief, common love of everyone, of all cultures.”

And for Ms. Ciotti, it was “oneness of life and that all cultures come from the source.”

Of the performance’s effect on him, “It consumed us; it’s consuming,” Mr. Kopko said.

With reporting by Frank Liang and Sharon Kilarski.