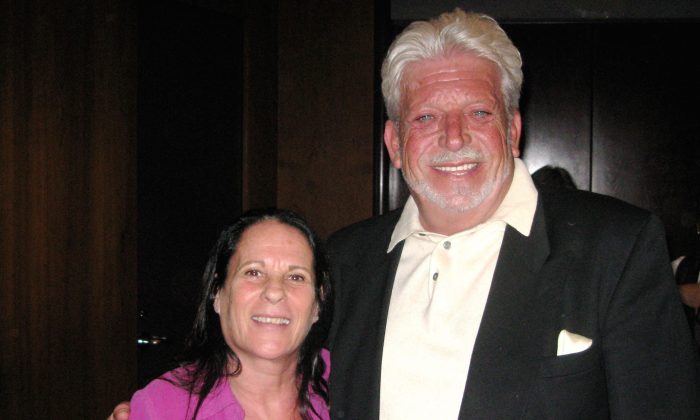 COSTA MESA, Calif.—After a sold-out performance with a standing ovation, audience members shared their reactions to the experience that is Shen Yun Performing Arts World Company, which performed at the Segerstrom Center for the Arts on Friday evening, Jan. 30.

“We loved it,” said Jacques Von Speyer, CEO of US Tele-Medicine. “It was fascinating, wonderful, the storyline was great, the costumes were wonderful, the choreography was delightful, the music, [and] the people were lovely to look at.”

A Shen Yun performance focuses on the richly expressive classical Chinese dance, accompanied by a live orchestra, and filled out with folk dances, story-based dances, solo musical performances, and a dazzling interactive, animated backdrop. The company produces an all-new show every year.

“That was lovely. The cadence, the rhythm, the sound,” he said.

She also said she enjoyed the backdrop, which incorporates animated visual effects to make the dancers appear to leap directly into the screen and fly off into the air or dive into the sea.

“It was just charming, wonderful,” she said.

Mr. Von Speyer commented on the smiles seen on the performers’ faces, noting that they were genuinely happy to be on stage, which he said is very important.

The couple said they would “without question” recommend the show to others and come back themselves again next year.

“I was dreaming in it,” said retired businessman Shimon Brand. “I loved it. I liked the dance, the music, the talks, the history—beautiful.”

“Shen Yun cannot be seen in China today, where traditional culture has been nearly lost,” says the Shen Yun Performing Arts website. “Yet Shen Yun—a non-profit organization—has become an international phenomenon, bringing the wonders of ancient Chinese culture to millions across the globe.”

Mr. Brand said he felt very close to Shen Yun’s mission of reviving the true, divinely inspired culture of China and bringing it to the world. He is Israeli, and while his culture may not boast of a 5,000-year history, he said, it’s been around a long time.

“I think it’s a universal message,” said Mr. Brand. “People want to strive from where they were and develop and sometimes you have to move back into your history to see where your roots are.”

“I really was impressed and enjoyed the beauty of the shows,” said Nira Brand, a patent scientist at Knobbe Martens Olson & Bear. She said her curiosity was inspired to learn more about the stories and culture shown in Shen Yun.

Costume designer and graduate student Christina Perez said, “I thought it was absolutely beautiful. I liked the message about how everyone should have freedom to believe what they want to believe, go back to their roots and see and practice traditions that have been around for a very long time.”

As a designer, she thought the costumes were gorgeous, especially those with an ombre effect, where one color on the top of the costume slowly blends into another color on the bottom.

“I was thinking that maybe a lot of it was silk, the way it was moving,” she said. “It was absolutely beautiful.”

Ms. Perez said seeing Shen Yun made her want to work on more theater shows and maybe even take a dance class in the upcoming semester.

The group highly recommended others to see the performance.

Catherine Maloof, a chiropractor and professional speaker, was given Shen Yun tickets from her mother for a surprise Christmas present.

“I really loved the compassion, truth message, and the whole underlying theme of love and goodness triumphing over evil, ultimately,” said Jody Lenihan, CEO of SAEMS. “It’s consistent with the spiritual awakening seems to be going on around the whole world. I just love to see this aspect of it. It’s just another facet of that beautiful gem.”

“Chinese culture has generated a rich and profound system of values,” says Shen Yun’s website. “The concepts of ‘man and nature must be in balance,’ ‘respect the heavens to know one’s destiny,’ and the five cardinal virtues of benevolence, righteousness, propriety, wisdom, and faithfulness. … These principles have constantly played out over China’s 5,000-year-long history.”

Mr. Lenihan used to be involved in traditional Ukrainian dancing, which is part of his culture, and he said Shen Yun and the richness of Chinese culture really resonated with him.

“But one thing that set this apart from the dancing that I did was that the message was so much more uplifting and spiritual. There was just this amazing message that was transmitted so beautifully, and so clearly through the music and the dance,” said Mr. Lenihan.

“It’s unfortunate that this show can’t be [performed] in China. That’s devastating to me, because I think they would be enlightened by it, and they would be joyful about it. I’ll say a prayer that they’ll eventually allow this show to be there,” said Ms. Maloof.

Mr. Lenihan wanted to congratulate the performers on the level of difficulty of the production.

“To put 20 numbers together in the space of one year or less is almost incomprehensible, and they did it so well, so professionally,” he said. “I really admire what they did on that stage tonight. It’s amazing.”

Ms. Maloof and Mr. Lenihan said they would tell their friends not to miss Shen Yun.