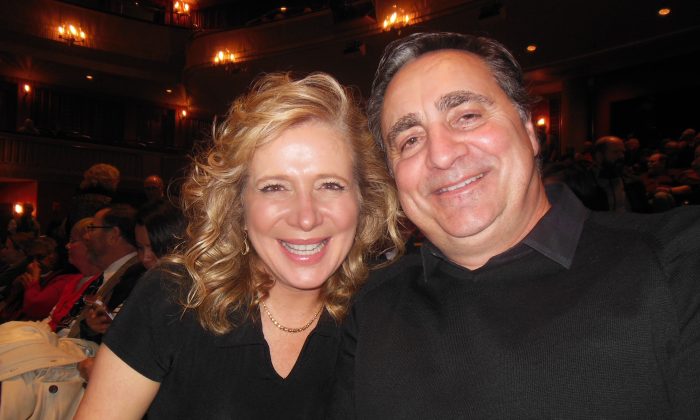 ST PAUL, Minnesota—When the curtain lifted for the first piece, Bill and Chrissie Forsman were blown away by dozens of heavenly maidens dancing in perfect synchronicity. The dancers’ every posture and movement exuded a kind of compassion that filled the couple’s hearts with the same positive energy.

The Forsmans said they thought it was a blessing to be able to experience Shen Yun Performing Arts for the first time. They saw the traditional dance and music production at St. Paul’s Ordway Center for the Performing Arts during the matinee on Feb. 15.

“I have never seen such a gifted, athletic group of people be able to take something and make it so meaningful. Just to put meaning into the actions without words and it’s just amazing how it can reach your heart,” said Bill, who is the CEO of Vitamin Seed Nutrition in Minnesota.

New York-based Shen Yun’s mission is to revive China’s semi-divine culture and bring it to the world through performing arts. The company’s name “Shen Yun” means the beauty of divine beings dancing.

China itself was once known as Shen Zhou, or the Divine Land. It is a name that describes a land where deities and mortals coexisted, with a belief that the divine transmitted a rich culture to the people of the earth, according to Shen Yun’s website.

Chrissie, who is the founder and executive director of the non-profit The Tent, was able to see the spirituality within the culture and said that it was something that she had not known about in the past.

Traditional Chinese culture is replete with virtues and values that stem from the country’s 5,000-year-old history. Concepts such as “respect the heavens to know one’s destiny,” and “man and nature must be in balance” gathered deep meaning over thousands of years of history, as did the five cardinal virtues of benevolence, righteousness, propriety, wisdom, and faithfulness.

The ancient Chinese people were heavily influenced by Buddhism, Taoism, Confucianism. Their belief in the divine encouraged them to live moral lives and strive to improve their character.

This belief continues today in modern China with people learning the spiritual practice Falun Gong or Falun Dafa. It involves meditation exercises and a set of teachings centered around the principles: Truthfulness, Compassion, Tolerance. Many of Shen Yun’s performers practice Falun Gong, where they are oriented toward self-betterment, taking responsibility, and putting others first, according to the company’s website.

And it is this connection to the divine and spirituality that helps motivate the performers to strive to excel, and why the audience can feel there is something different about Shen Yun, which is something the Forsmans said they were able to see.

“I think just through the different stories and the understanding,  … there’s so much spirituality to this that I had no idea that was even there,” Chrissie said.

Bill also shared similar thoughts about the dancers. He said, “you could feel the compassion and love in the women. And you can feel the strength and protection from the men.”

“And you can feel the emotion that they’re putting into it; it comes out alive without any words. It’s incredible,” he added.