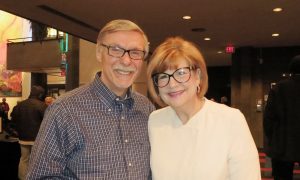 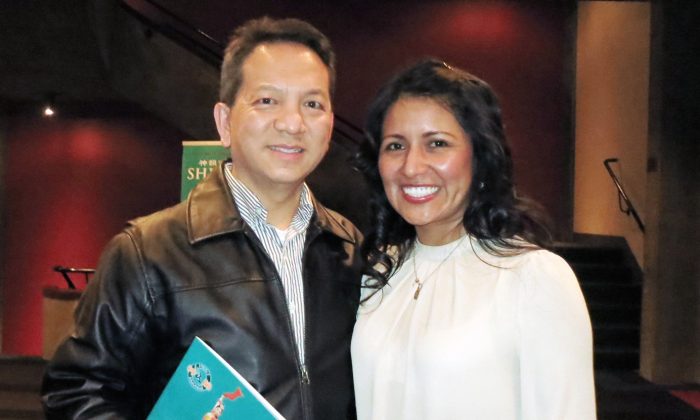 Shen Yun’s ‘Like a Fountain of Youth’ Says IT Tech

Mr. Gin an IT Tech for Hewlett-Packer, had a powerful energetic experience while watching the show.

“Very energetic, as they were performing, I could feel the power coming to me,” he said.

“Just watching them do their thing on stage, it’s like the fountain of youth, it makes me feel younger,” he added.

Mrs. Patricia Gin, a Spanish teacher, found the evening’s performance enjoyable, too,  and learned something as well.

“(It was)educational too, something new for me,” she said.

Its website says,”For 5,000 years divine culture flourished in the land of China. Humanity’s treasure was nearly lost, but through breathtaking music and dance, Shen Yun is bringing back this glorious culture.”

Mr. Gin deeply appreciated how much discipline and focus it takes to reach the artistic standard of the Shen Yun dancers, especially their synchronicity.

His wife appreciated the costumes.

Shen Yun costume designers “use bright colors to tailor and recreate hundreds of new pieces each season. Every detail is given meticulous attention and is a result of artistic inspiration and careful polishing,” according to the website.

The couple was excited that their friends were coming to the see the performance the next day.

“We have two friends that plan to come tomorrow, and we’re going to tell them it’s going to be a good show,” said Mr. Gin.

“We aren’t going to tell them everything; I want them to be surprised,” he said.

“But we will tell them it is a good show, and they will enjoy themselves!” he added.