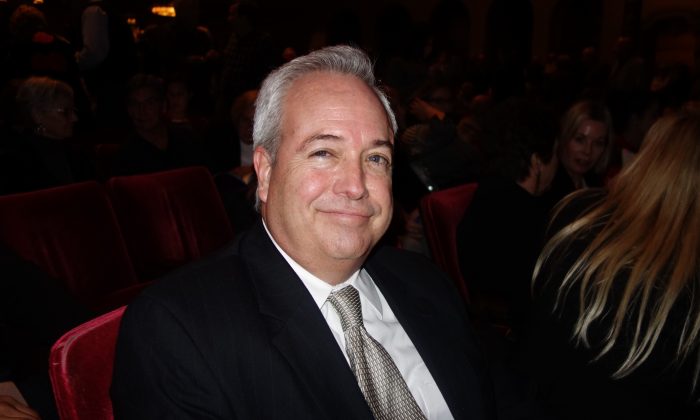 PHOENIX, Arizona—Ernest Orr is a big fan of the arts. When he experienced Shen Yun Performing Arts for the first time, he thought everything about the performance was “just spot on.”

“I think the orchestra is completely on target—extremely accomplished professionals. The dancers are some of the finest I’ve ever had the pleasure of witnessing. It’s exceeded my expectations,” Orr said.

Orr, who is the president of an information technology services organization, saw Shen Yun with his family at the Orpheum Theater on Feb. 21. The New York-based company is currently touring the world with the mission to revive China’s 5,000 years of semi-divine culture that was lost after seven decades of communist rule.

Orr said it was sad to see something so beautiful be systematically destroyed by the Chinese Communist Party (CCP).

“It’s saddening to see something that is so beautiful [that has] taken so many lifetimes, so many millennia to create, and experience, and establish, and to the tradition that’s held on to, to see it eradicated in the interest of a small few,” he said.

The CCP sees traditional Chinese culture, which is deeply rooted in Buddhism, Taoism, and Confucianism, as its greatest rival.

With Shen Yun performing in over 100 cities a year, the performance is like a window into a cultural treasure that is nearly lost, something Orr appreciates.

“I think that efforts like this is critical in order to maintain the people’s awareness of it, and also to ensure that it doesn’t disappear,” he said.

Along with classical Chinese dance pieces, Shen Yun performances feature many story-based dances that portray myths and legends that have been passed down through generations, as well as modern pieces that reflect real-life scenes in contemporary China. These include pieces addressing human right abuses such as the persecution of Falun Gong by the communist regime.

These stories portray themes like spiritual devotion, the benevolence of gods, good and evil retribution, and the search for the meaning of life, according to the company’s website. Such values are foundational to traditional Chinese culture and are not political in nature. Instead, they encourage people to reflect on our modern world and inspire people to strive to become better people.

For Orr, it’s important to portray such pieces to Americans as they are educational to people who were not aware of it.

“I wasn’t anticipating the political element of the last piece that I just saw with the oppressive elements that were involved there, but I think it’s educational for people who aren’t aware of it, and also something to take away from and be involved with, in terms of making a change there,” he said.

He continued, “[the persecution is] serious. It’s political in nature, but it’s oppressive from a human perspective. It’s hard to watch, it’s heartbreaking. But I think with the appropriate resources, we can go and change that.”

“I think that this is something that everybody deserves to go ahead and experience. I think it’s worth the time and the effort, and dedication. It’s not just a matter of being entertained, but being enlightened. I think it was a great experience,” he said.

With reporting by Yuli Li.