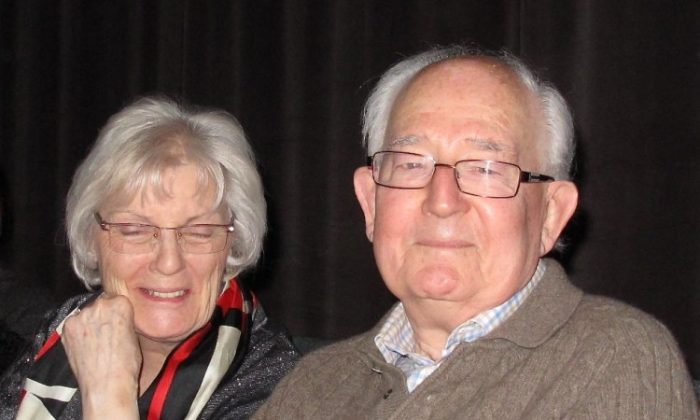 Hal Kershen, a Toronto dentist who has been practicing dentistry since 1974, said Shen Yun was spectacular after he watched the show at the Living Arts Centre on Dec. 23, 2012. (Courtesy of NTD Television)
News

Shen Yun takes the audience through 5,000 years of culture from ancient times to the present, bringing to life beloved myths and legends.

Mr. Liossis, a freelance architect, commented on the vivid colors displayed in the performance, saying, “They are very brilliant.”

He enjoyed the stories told through the story-based dance, and particularly enjoyed the dance When Shaolin Monks Protected the Emperor, which he said was playful.

At the heart of a Shen Yun performance is dance, classical Chinese dance, and folk and ethnic dance. “Classical Chinese dance has its own training in basic skills, physical expression and postures, leaps, flips, spins and other difficult tumbling techniques, forming an extensive and independent dance system,” explains the Shen Yun website.

Classical Chinese dance has its own distinct dance system, and gymnastics and acrobatics came from this system.

“I like the acrobatics. I love when they leap and do the twists,” said Mr. Liossis, who comes from a Greek heritage and does Greek dancing.

According to the Shen Yun website: “The primary trait that distinguishes the singers of Shen Yun is their use of bel canto technique to sing Chinese text. This means that the singer must, while continuing to meet the challenges inherent in bel canto technique, retain proper Chinese pronunciation and diction.”

Mr. Liossis also enjoyed the solo vocalists. “It was very nice. I understood the lyrics on the screen, they were very touching,” he said.

He said he would recommend Shen Yun to his friends, “I have a lot of friends that were dancers and ballet dancers, so I would definitely recommend it.”