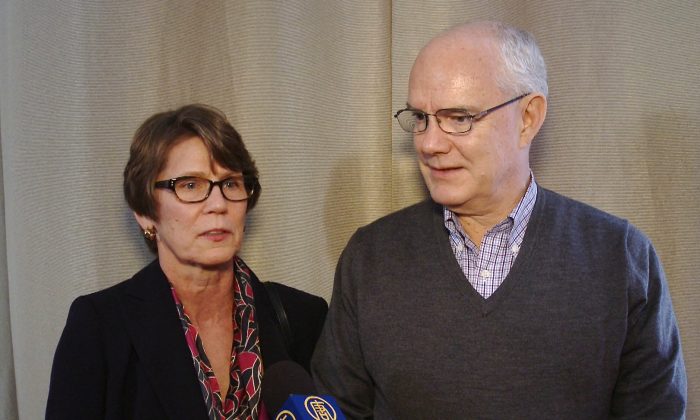 WASHINGTON—Seeing Shen Yun Performing Arts for a second time, Professor Brian Nelson said this time he closely watched the techniques of the dancers, calling their movements, “just exquisite, a real pleasure to watch.”

Mr. Nelson said that seeing the show a second time, he “saw many, many different things in different ways. I was very favorably impressed.”

Shen Yun presents classical Chinese dance, which Shen Yun’s website says was passed down over thousands of years. The dance is based on traditional aesthetics and was passed down in imperial courts, among the people, and through ancient plays. Shen Yun also performs folk dances from the ethnic groups in China and the neighboring regions.

“The colors are fantastic, and the costumes, and the way they float,” said Mrs. Nelson of the performance. She said she loved the dance Lotus Fairies, where women dancers used Chinese fans and manipulated them to make them look like flowers.

Shen Yun also performs story-based dances that portray cherished tales from ancient times and present day. According to the Shen Yun website, “Their figures embody the most exalted virtues of Chinese civilization, and convey a message or moral that is still relevant in our day.”

Mr. Nelson said the stories told this time were different from the last performance of Shen Yun he saw. “I love all the stories. The message is great, it’s peace, love, hope; no one can disagree with that,” said Mr. Nelson.

Mrs. Nelson said she agreed, “it’s a wonderful message for harmony, love, hope, and showing the traditions of the Chinese people through all the years. It’s very beautiful to see that.”

Reporting by NTD and Nicholas Zifcak