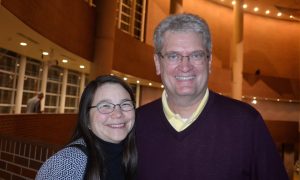 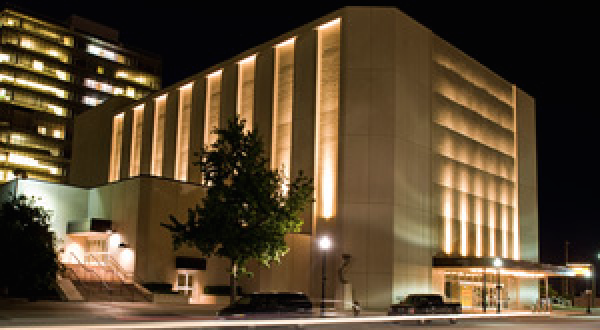 Shen Yun Performing Arts World Company recently toured Denver, Memphis, and San Antonio where it touched audience members’ hearts. The company’s next stop is Tulsa, considered the artistic center of Oklahoma, where the Tulsa Performing Arts Center will house the traditional Chinese music and dance company for one night only—March 17.

What is it about Shen Yun that moves people? Behind the beautiful costumes and digitally animated backdrops, behind the grace of the world’s best classical Chinese dancers, behind even the live orchestra that combines both Eastern and Western culture, lays a mission devoted to spiritually uplifting people.

What did Denver think of the performance? Reynald Clemons, who works in finance in the city, appreciated the way the backdrops and the costumes for each of the nearly 20 dances enhanced each other.

“I’m impressed with the way that their costumes mirror the nature … in the background, that was very enlightening to me,” he said during intermission at the performance on Friday, March 6.

“That was moving … and it was inspiring as well,” he said.

“It is absolutely stunning; it is so exquisite,” said Donna Hoff, a retired accountant who was back to watch Shen Yun’s all new annual production on March 8 for her third time.

She said the beauty in the performances heartened her.

“My heart is warmed watching it. It’s so beautiful … The beauty of it really moves me,” she said.

In addition to the many group dances, pieces by solo vocalists and solo instrumentalists are interspersed throughout the program.

Mary Beall, a retired jewelry designer who saw Denver’s Sunday performance, was moved by the solo performance on a traditional Chinese instrument called the erhu.

“The highlight for me was the two-stringed instrument. … I just thought that was stunning,” she said after the show.

Known as the Chinese violin, the erhu is one of the most expressive of traditional instruments. It is able to mimic the sound of birds and animals, and even the human voice.

“It goes right to your heart,” Mrs. Beall said.

Linda Smothers, a medical technologist, saw the performance in Memphis on the 13th. She remarked on the spirituality in the story-based dances, saying that all cultures say “the same [thing] about love compassion and care for the fellow man, and yes there’s a God and, yes, He takes care of us.”

She came away from the evening with “a deeper understanding of Chinese culture” and said “I think it’s probably going to incorporate into my spirituality, my own personal spirituality.”

She was deeply moved. “The woman that was singing made me cry,” she said, referring to the vocal performance by the soprano who uses the bel canto style to sing Chinese lyrics.

But it wasn’t just the vocalist’s voice that caught Ms. Ishaya’s attention. She was also intrigued by the lyrics of the song, which were translated in English and projected on the backdrop.