Shen Yun ‘Leaves you with a really nice feeling at the end,’ Says Musician 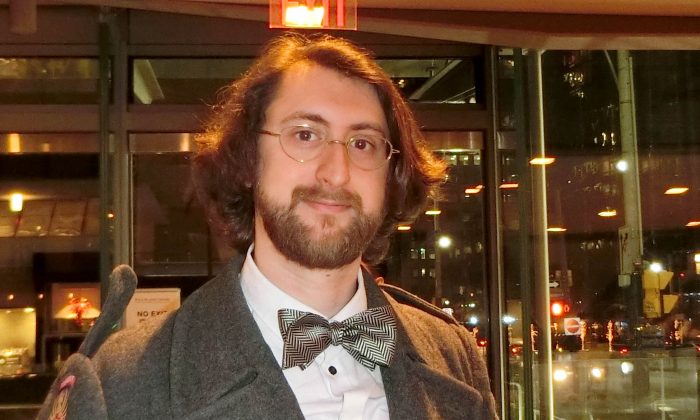 “I thought it was absolutely incredible. Just seeing the immense prowess of the various artists involved in the show, from the musicians to obviously the dancers. The multimedia aspect was incredible. All around, it was enjoyable. There was obviously emotional range that you don’t see in every dance show. It was, altogether, quite an amazing show.”

“I thought [the orchestra] was incredible. Obviously, the balance was incredible. Again, the emotional range that was brought up by the [dancers] was only complemented by the musicians, and the writing was really intriguing, because I know it’s all original music, so it’s very interesting to listen to.”

“[The music] was inspiring, at the very least. It was interesting. There were sounds in there that you don’t hear very often, because it’s emulating traditional Chinese music.”

“[The interaction between the musicians and the dancers was] really quite nice. Especially when there were sound elements on the stage, with the drums or the chopsticks. It was such a cohesive show altogether; very great.”

“[The soprano] was amazing. She was great.”

“I love [the erhu], it’s one of my favorite instruments…It was really nice to have that erhu featured in the middle of the [show] and have the musical performances in the middle.”

“It’s very heartwarming, I think. Obviously, there’s a lot of emotions that it draws, but overall, because it’s such an amazing production, it leaves you with a really nice feeling at the end. Obviously, there’s a tragic element, because [Shen Yun] can’t be performed in China, which is the culture that they’re celebrating. But the fact that it exists at all is a very nice, heartwarming thing.”