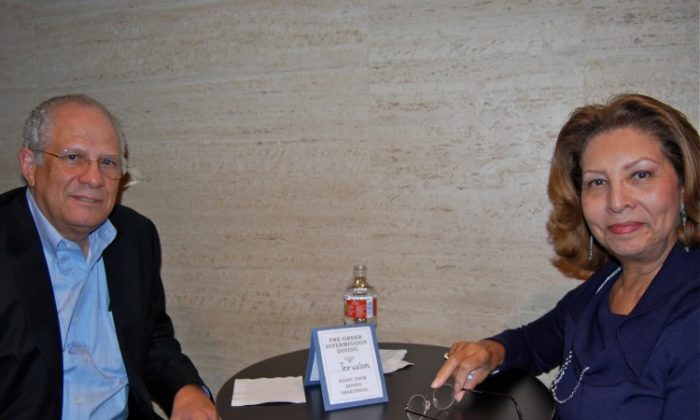 HOUSTON—Shen Yun Performing Arts’ fourth show in Houston made the perfect birthday present for more than one audience member at the Jones Hall for Performing Arts on Dec. 28.

“I’m very impressed. I can tell the performers are very prepared and the orchestra is outstanding. It’s a very amazing performance,” said Mr. Duane Jubert, who added that the performance made for an excellent birthday treat.

As a past musician, Mr. Jubert said he was impressed with the diverse instrumentation of the orchestra.

“It’s really easy to get caught up in the sound. It’s a very powerful sound the orchestra has,” Mr. Jubert said. “The sound is very powerful. It complements the performance very well.”

The Shen Yun Orchestra is a unique blend of East and West. Traditional Chinese instruments like the two-stringed erhu and woodwind suona carry the melody while a classical Western orchestra makes up the foundation.

“You get caught up in the moment. I’m just very impressed with the entertainers and the music. Some of it is very engaging, very relaxing, and then it can turn very powerful with some of the performances,” Mr. Jubert said.

Mr. Don Laiche, buyer for J&B Pipeline Supply, said he wanted to bring his wife to Shen Yun for her birthday as well, and they attended with their two sons.

“I enjoyed it all, really,” said Mr. Derrick Laiche, who attended the performance with Mrs. Lori Laiche.

Also in the audience was Mrs. Shari Wilkins, community association director and attorney, with her mother Dottie Maskau and daughter.

“It’s beautiful,” said Mrs. Wilkins. “You could tell [the dancers have] done it their whole lives.”