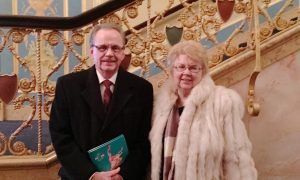 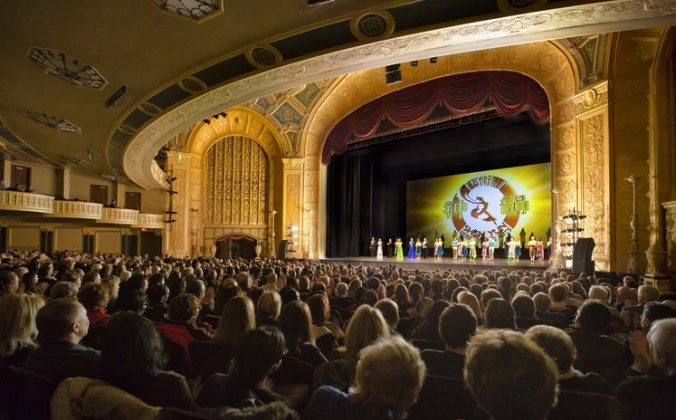 DETROIT—Keefa Weatherspoon, Amanda and Maya Shelton, Evan Scomazzon, and Kaitlyn Lienemann all have something in common— they all thoroughly enjoyed the journey of 5,000 years of traditional Chinese culture brought to life by Shen Yun Performing Arts. They all saw the performance at the Detroit Opera House, on Feb. 8.

This is the ninth season for Shen Yun. Its mission is “to revive the true, divinely inspired culture of China and share it with the world,” states the Shen Yun website.

Classical Chinese dance is it cornerstone of Shen Yun’s. This expressive dance form is fairly unknown in Western countries.

“It’s exquisite to see people with so much flexibility, agility, and just beauty,” said Dr. Weatherspoon, who is a naturopathy and alternative medicine physician, business owner, and Spirit of Detroit award recipient.

“The values of traditional Chinese culture center on the premise of harmony between heaven and earth,” states the Shen Yun website.

For Dr. Weatherspoon: “One of the things that stood out for me was that earth and heaven and all of us are one. I think that is worthy of praise.”

Amanda Shelton brought her 6 and a-half-year old, first grader, Maya, to see Shen Yun due to Maya’s recent interest in China with good friends moving there.

“It makes you feel like you are transported somewhere else, that we are not in downtown Detroit,” said Ms. Shelton, an attorney with Shelton & Deon Law Group.

“The colors are beautiful and just every piece is pretty exciting. Don’t you think, Maya?” Her daughter agreed and also liked the dazzling and colorful dresses on the dancers, and when the male dancers were funny.

Evan Schomazzon found the athleticism, choreography, and stories conveyed through dance amazing. For his date Kaitlyn Lieneman, the storyline was absolutely beautiful.

Two of the mini-dance performances involve Falun Gong, a traditional spiritual meditation practice, which is being persecuted in modern-day China.

Mr. Scomazzon noted that the plight of Falun Gong is not well-known in the West. “It really kind of touches you,” he said.

Ms. Lieneman added the performance truly conveyed the emotion of this experience so that everyone could relate to it, “no matter what culture you’re from, no matter what you’ve been through,” she said. “Not being able to practice your faith in China, it really touches a lot of people. It grabs your attention, it … pulls at your emotional strings a little bit,” she said.

How would each tell others about Shen Yun?

“It’s a one-of-a-kind experience. I am absolutely thrilled to come. I would absolutely suggest they do the same,” said Mr. Scomazzon

“I would definitely recommend seeing Shen Yun. It was a beautiful show,” said Ms. Lienemann.

Dr. Weatherspoon said, “I would tell them that this is an experience that they deserve to have. That they can really appreciate the divinity and the beauty in all of us.”