Shen Yun Is a ‘Revelation’ 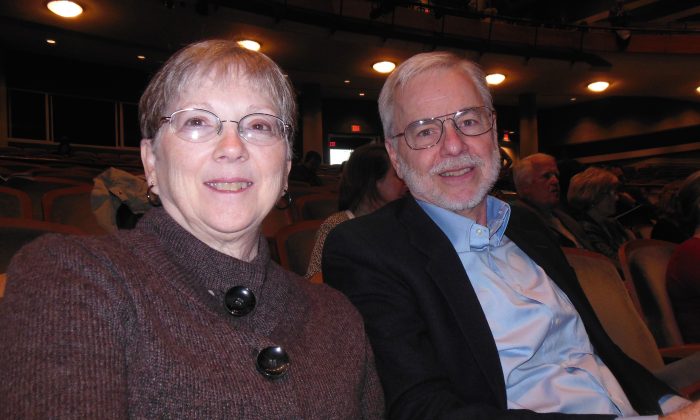 Josie and Bill Long were among the audience members at the Shen Yun performance at the Long Center on Dec. 29, 2014. (Sherry Dong/Epoch Times)

Bill and Josie Long were among the audience members on Monday. They said they were struck by the beauty of Shen Yun.

Mr. Long said the performance taught him more about China.

“Clearly there is a lot of suppression of the Chinese culture going on [in China today]. And the show is a revelation to most of us, not realizing what has been lost through the communist rule over there.”

According to its website, Shen Yun aims to rekindle China’s divinely-inspired culture which has been nearly lost. The company’s mini-drama pieces draw upon stories and legends from China’s rich history and culture.

Mr. Long said he saw the contrast between the Chinese and Western culture, but also noticed similarities: “There is a supreme deity, there is reward for goodness, there is punishment for evil, there is good overcoming evil. Those are all similar themes that you can see here.”

Mr. Long also named some of the different themes he saw in the performance.