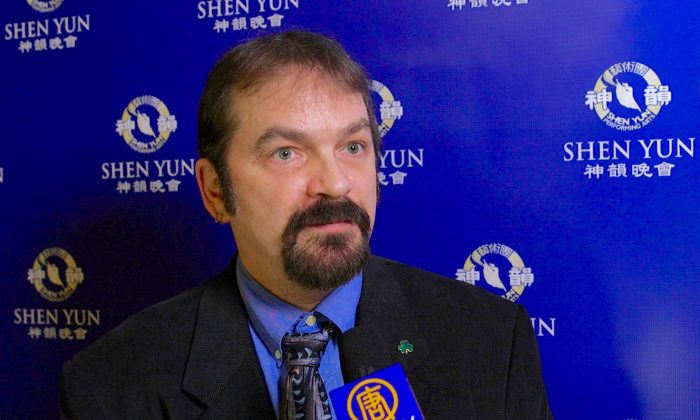 On Jan. 12, Mr. Jones, a machinist, found New York-based Shen Yun’s revival of 5,000 years of traditional Chinese culture to be an eye-opener he wanted to share.

He spoke of happy endings, hope, and a spirituality in the culture that spoke to him. The traditional Chinese culture values principles like compassion, piety, justice, and respect for the heavens. It is a divinely inspired culture once nearly lost under communist rule.

In 2006, artists came from around the world to form Shen Yun, reviving the culture through music and classical Chinese dance.

What he saw in that talent was hope.

“Here is a chance at hope, there is a possibility to have hope and seek hope,” Mr. Jones said. “If you stay focused in your life and believe in the right things, in the right way, you will maintain your hope. And it’s for everyone, I believe everyone should see this.”

The traditional values came through in the stories and dances, which is why Mr. Jones found it to be eye-opening.

“They know how to live and respect life, respect each other, and we need to learn that again,” Mr. Jones said. “People need to believe that there is a right way to go, and that’s what I believe.”