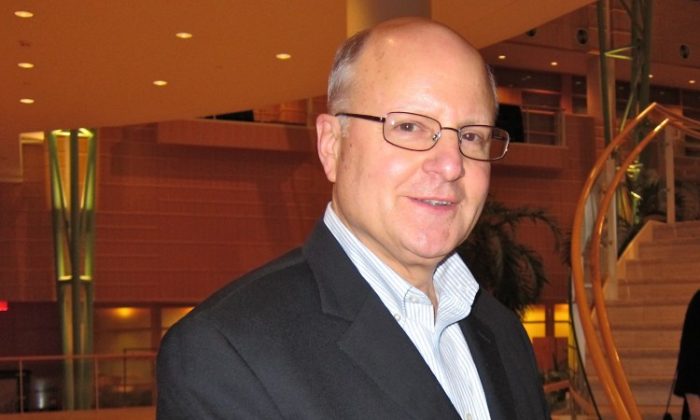 Shen Yun Has Something for Everyone

DAYTON, Ohio—It seemed that everyone attending Shen Yun Performing Arts International Company’s production at the Benjamin and Marian Schuster Performing Arts Center, on May 1, enjoyed something different about the performance.

Glenn Watts, the retired Vice-Chancellor of Finance at Antioch University at Yellow Springs, Ohio, said the performance was wonderful: “Superb talent in the show, the athleticism, rhythm, the coordination was excellent.”

He would definitely encourage others to see the show. “This is a unique opportunity; this is something that shouldn’t be missed,” he said.

Donna Evick, a retired Vice President of Key Bank was in the audience as well. “I think the costumes are fabulous; the dancing is over the top and the scenery, backdrop screen, was wonderful. The way they make the people disappear and come back out,” she said.

Shen Yun is known for its animated backdrops that show figures flying through the air on the screen and then come to life as real performers on stage.

She also enjoyed the two emcees who introduced each piece, explaining Chinese culture and history.

“It’s a beautiful performance. The costumes are outstanding,” he said.