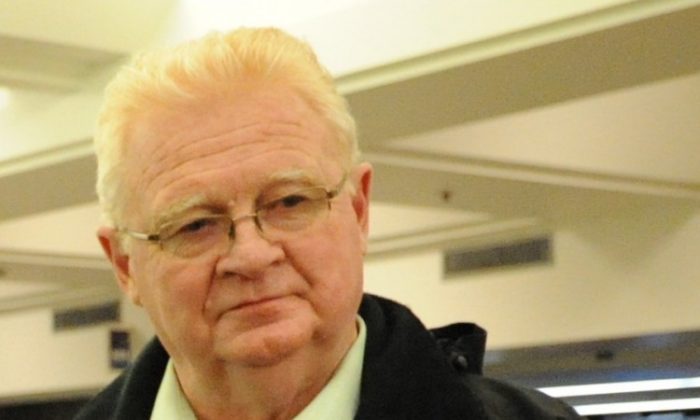 REGINA, Canada—Jim and Aldene Mason, both professors in the University of Regina’s department of business administration, described the profits of attending Shen Yun Performing Arts at The Conexus Arts Centre on Friday evening.

“I appreciate the richness of the culture, which was carried forward very well by the cast. I’d certainly come again, it was a wonderful show,” said Mr. Mason.

Mr. Mason is an associate dean emeritus and also volunteers as a Council Commissioner for the Saskatchewan branch of Scouts Canada.

“This was fantastic, I’m delighted, I’ll do it again,” added Mrs. Mason.

“It will help me with my students too. I have a lot of Chinese students now,” she said.

“We both teach at the university, and so this is just fantastic. It helps me appreciate more the culture,” she explained.

It was the first time for the couple to see the show. Shen Yun presents classical Chinese dance, a discipline with a long history, and traditions passed down dynasty after dynasty largely in China’s imperial courts. Shen Yun also presents ethnic dances from China’s diverse ethnicities, and folk dances of the dominant Han ethnicity.

Shen Yun, which is based in New York, tours the world on a mission to revive 5,000 years of divinely inspired traditional Chinese culture.

Mr. Mason said he was impressed by the female and male dancers.

“I enjoyed the young men, they simply defied gravity; but the grace and beauty of the young ladies was fantastic,” he said.

“The second half passed so quickly it didn’t seem like an hour,” he said.

She said she appreciated Shen Yun’s two emcees who introduced each dance.

“The brief descriptions were so fantastic, that helped to understand,” she said.

Mrs. Mason said she enjoyed how the dances captures scenes from different areas of China and how those dances were enhanced by Shen Yun’s digitally projected backdrop.

“I liked the mixing of the dancing with actually the film production behind, so the movements of the dances into the air … was really interesting,” she said.

“A number of them had the dancers moving towards the back, and then moving right up into the air, with it moving through the film, so that connection of the two, and the music with it, was just great,” she said.

The dances cover a wide range of topics and eras, a fact that Mr. Mason enjoyed.

“There were moments where they injected humour into it, wasn’t hard to follow the story at all,” he said.

“Fantastic. I just keep saying fantastic. I love the colours, I was really impressed by the different hand and foot movement, and I was fascinated by how the costumes moved around the bodies, both for the men and the women.”

She said the dancers displayed “fantastic flexibility and training.”

“They must have trained from a very, very early age,” she said.

With reporting by Sonia Wu.