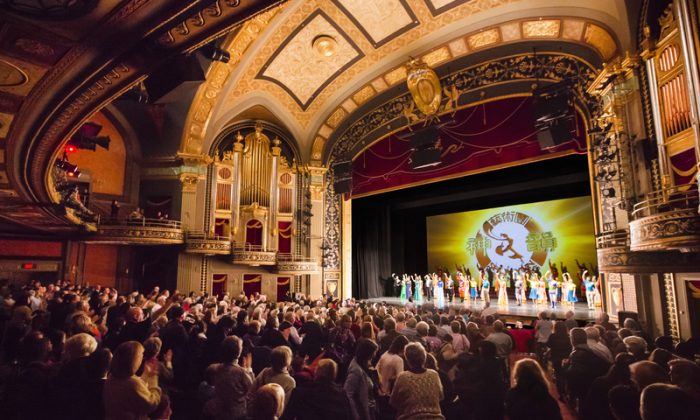 After almost five months of travelling around the world staging exhilarating performances of classical Chinese dance and music, Shen Yun Performing Arts’s companies concluded their 2014 world tour and returned to New York on May 11.

Shen Yun performances drew packed audiences in prominent venues and were met with high praise from prominent figures, including leaders in the entertainment industry.

Shen Yun’s 37 performances in Taiwan were all also sold out, leaving many people disappointed.

This year, Shen Yun had a performance in Perth for the first time. Perth is the major city in Western Australia. In what was cited as the best success at the box office in the past 30 years, almost all six performances in Perth were sold out.

Shen Yun was met with a similarly warm reception in other major cities including New York, San Francisco, Houston, Toronto, Montreal, and many others.

Since its inception in 2006, Shen Yun has featured a completely new line up of programs every year. In only eight years, it has become the world’s premier classical Chinese dance and music company.

As Shen Yun’s performances transcend barriers of language, ethnicity, culture, and geographical borders, the company has been referred to as a “cultural wonder,” and has been recognized for its unique presentations.

The 400-plus performances put on by Shen Yun this season amazed prominent figures around the world, including politicians, entrepreneurs, Hollywood celebrities, and others.

Newt Gingrich, the former speaker of the U.S. House of Representative and the 2012 Republican presidential candidate, said he highly enjoyed Shen Yun after watching it in Atlanta in December.

“I think it introduces thousands of people to a better understanding of Chinese civilization,” he said.

“I think it’s exciting and moving. Moving in a compelling way; it makes you want to watch,” said the Forest Gump and Back to the Future director.