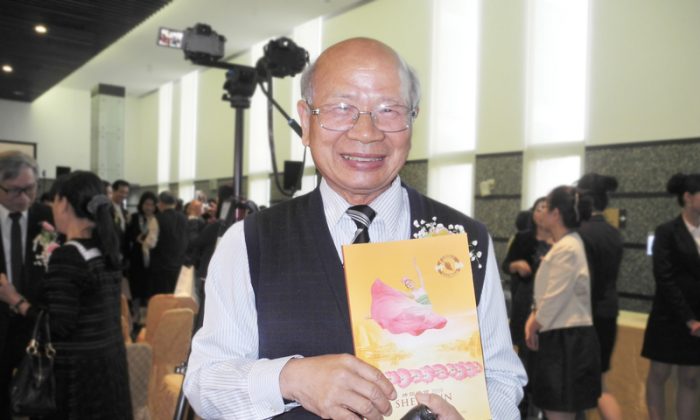 “The intangible values from the performance is something that cannot be bought with money.”

“Shen Yun can lead the society down a good path and it can put on hold many of the problems in the society, something that our current education cannot do. … It is promoting [values] in traditional culture as well as morality. … People will reflect on their culture and moral issues when they come to see the performance.”

“I was very touched by the [digital] backdrop. … I was also very moved by the program of the lady throwing her silk ball.”

“I think I have become a fan of  Shen Yun—so I dare not do bad things in society. I simply like Shen Yun very much.”