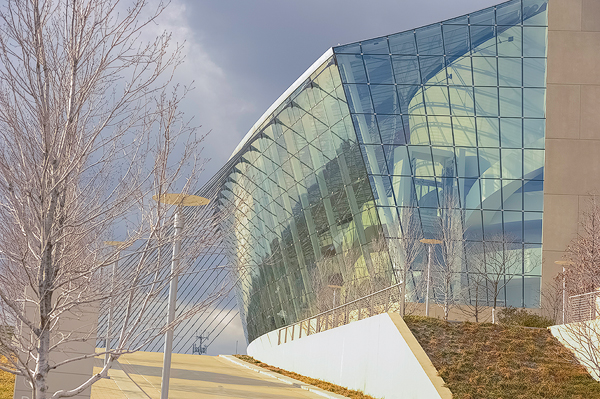 Shen Yun will be bring traditions of China to KCMO at April 1-3 performances at the Kauffman Center for Performing Arts. (Cat Rooney/Epoch Times)
City

Once known as a cow town, Kansas City, Missouri (KCMO), built its economy in the 1900s on the enormous Kansas City Stockyards’ complex and Kansas City Stock Exchange, and with it brought new people, their culinary skills, and entrepreneurship to the area. An offshoot was the birth of Kansas City-style barbeque, a true tradition of Kansas City. Many of the founding families’ BBQ sauces have even become household regulars across the nation, such as Gates Bar BQ, Fiorella’s Jack Stack Barbecue, KC Masterpiece, and Arthur Bryant’s Barbeque Sauce.

It is at the crossroads of KCMO, the home of KC BBQ, and the arts district that brings another tradition to the city. Shen Yun Performing Arts will showcase tradition Chinese culture. This leading classical Chinese dance and music company will be performing at Kauffman Center for the Performing Arts, from April 1st through the 3rd.

For two hours, Shen Yun takes audiences through a magical journey of myths, legends, fairy tales, current events, and to settings as exotic as heavenly realms or the bottom of the sea.

The company brings to life stories of a culture almost completely destroyed by communist rule. As Shen Yun is based in New York, it has the freedom to express this culture to its grandest extent.

The Tradition of Ancient Chinese Culture

Shen Yun is all about tradition—the traditions of 5,000 years of ancient Chinese culture inspired by the heavens. Classical Chinese dance is the primary medium of Shen Yun to capture the essence of Chinese culture. This demanding and distinct dance has an interesting history that is about as old as the ancient culture itself.

Chinese dance has been passed down and refined for thousands of years. It has the ability to express emotions, the inner meaning of intrinsic thoughts and feeling, and much more through beautiful and often times athletic dance movements.

“Every dance embodies traditional Chinese values. Ideals of loyalty, filial piety, and veneration for the divine are cherished and celebrated. Heroes are extolled for their compassion and tolerance as much as their courage or determination when facing adversity,” the Shen Yun website states.

The origins of Chinese dance began in ancient imperial palaces and folk traditions. Often victorious generals would be asked to entertain the royal courts. They would show off their martial arts moves with various strikes and flips to deliver blows. When these movements no longer served on the battlefield, they were retained in an art form of dance.

“Classical Chinese dance and Chinese martial arts can be said to be like brothers with similar talents who chose different paths,” according to Shen Yun’s website. For example, “the move of avoiding a spear became a part of dance as a backflip.”

This year marks the 10th anniversary of Shen Yun, which is passionate about revitalizing a culture considered a treasure of humanity. Audiences report being thoroughly entertained, uplifted, and amazed by the performances. Each year an entirely new production is created.

Many audience members report their wish to make Shen Yun a new tradition and see the performance each year. They recommend others do the same.

I saw this show in Boston about three years ago, so I’m actually coming back because it’s so good.
— Steve Fagerquist, CEO, Teradyne

“We are absolutely in love with Shen Yun … This is going to become a family tradition to come see it every year,” said Juan Carlos Perez, a Hewlett Packard executive.

Ray and Maryann Lord have attended Shen Yun every year that it has performed in St. Louis. “The way they did the show tonight is different than anything we’ve seen before,” said Mr. Lord, CEO of Lord Consultants, a Fortune 500 company. “It kept our attention the whole way through. It was really exciting.”

“I saw this show in Boston about three years ago, so I’m actually coming back because it’s so good,” said Steve Fagerquist, the CEO of Teradyne.

Just like good BBQ, only better, one wants to come back to Shen Yun for more.