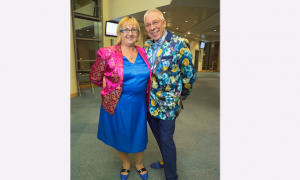 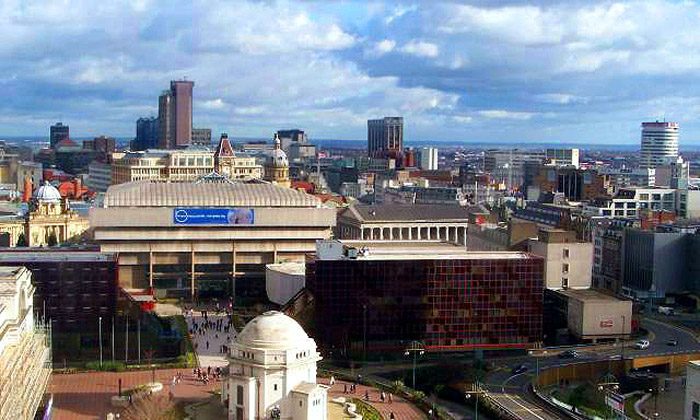 View across Birmingham from Centenary Square, on which the ICC is situated. Shen Yun will perform at the ICC on March 28 and 29
Birmingham

Shen Yun’s four companies tour the world for about six months each year, bringing 5,000 years of China’s divinely inspired culture to the stages of top theaters in over 100 cities across four continents.

The ICC is the one of Europe’s most high-profile convention centres, according to the centre’s website. Its design and construction has had a significant impact on the industrial city of Birmingham, Britain’s second most populous city after London. This is the second year that Shen Yun will perform at the venue, with almost 3,000 people attending last year’s performances.

Wei Liu, the UK presenter of Shen Yun, said: “We are delighted to be able to bring Shen Yun to the people of Birmingham again this year, and also to Manchester.

“Traditional Chinese culture is so rich. The beauty, strength, and grace, and the values of compassion, loyalty, and hope that Shen Yun present on stage touch so many people’s hearts around the world. We hope that one day Shen Yun will also be able to perform in China too.”

Shen Yun’s mission is to revive the traditional Chinese culture, which has been almost destroyed by decades under communist rule. Being based outside of China gives Shen Yun the artistic freedom to do this in a truly inspiring way.

“Sophisticated dance techniques, an orchestra joining instruments from both the East and West, beautiful costumes, and a stunning backdrop—this is Shen Yun at first glance. But digging deeper, one discovers a sea of traditional Chinese culture. Mortals and divine beings merge on stage as one. Principles such as benevolence and justice, propriety and wisdom, respect for the heavens, and divine retribution, all come to life, washing over the audience,” according to the Shen Yun website.

Shen Yun’s European tour began in February in Geneva, Switzerland, travelling to Austria, Belgium, Italy, Poland, The Netherlands, and Germany, and most recently Dublin, Ireland. Still to come are performances in France, Spain, Sweden, and other cities in Germany and Austria.

Following Shen Yun’s two performances in Birmingham, the company will travel to Manchester for a two-night run at the Lyric Theatre at The Lowry, Salford Quays on March 31 to April 1.