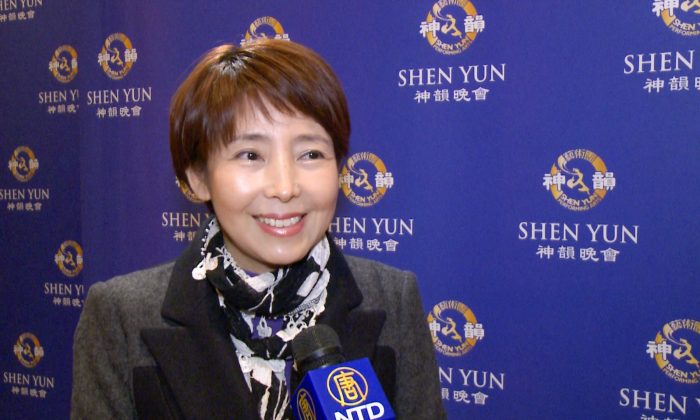 “Every moment … was surreal and was breathtaking,” she said. “It was so touching that I will never forget this memory.”

Ms. Mun was lucky to catch the last performance of Shen Yun at the Lincoln Center’s David H. Koch Theater this season on Sunday, Jan. 19.

New York-based Shen Yun was founded with the mission to herald a renaissance of Chinese traditional culture.

“The performance was fantastic and majestic,” Ms. Mun said.

Beyond the artistic excellence, Ms. Mun said she appreciated how Shen Yun captures the foundation of Chinese and Asian cultures.

“Principles such as benevolence and justice, propriety and wisdom, respect for the heavens, and divine retribution, all come to life. … These ideals are the essence of traditional Chinese culture,” according to the Shen Yun website.

Ms. Mun is clear what she will tell others about Shen Yun. “I want to recommend this performance to everyone, and everyone should watch this show at least once,” she said.