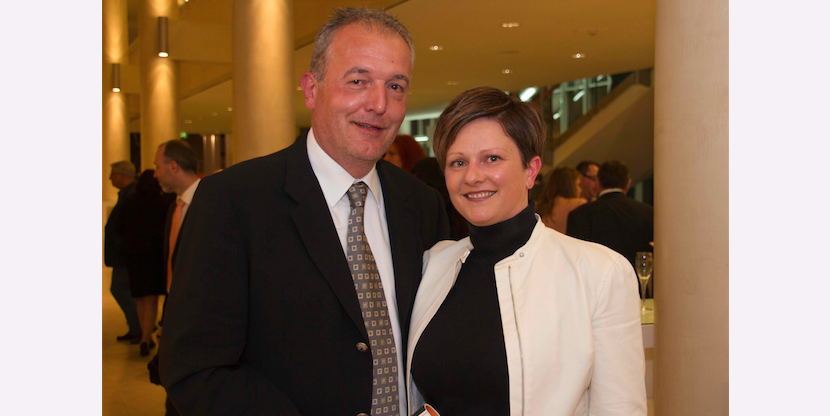 Bernard and Andrea Olujic loved the entire Shen Yun performance, on May 1, at the Festspielhaus Baden-Baden. (Courtesy of NTD Television)
Shen Yun

Shen Yun, ‘An immersion into another world’

Ms. Olujic said, “The show was beautiful. It was something so different from what we are used to. It gave us a glimpse of the Chinese culture, something that one doesn’t see every day. I must say, it was truly impressive.”

According to the Shen Yun website, “Through the universal language of music and dance, Shen Yun weaves a wondrous tapestry of heavenly realms, ancient legends, and modern heroic tales, taking you on a journey through 5,000 years of Chinese culture.“

Talking about the show made Ms. Olujic realize that “there wasn’t a single scene I could say I liked better than any other. It was just fabulous.”

“This is the first time I saw such a show, something that brings to its audiences Chinese dance. Therefore, all of this is so impressive. There is no way I can be pinned down to just one scene.”

Her husband chimed in, “I’m speechless. I haven’t visited China and yet, I find this show fascinating. I truly appreciate the chance to see something like this show.”

Mr. Olujic thought back at what he had seen and then said, “It was similar to time travel. We were able to see different historical periods. I just lack the words to express my feelings.”

His wife added, “I must say that the show also had a certain kind of spirituality.” But what else can I say.”

“Overall, the show was totally different from what one can see and experience here. It is an immersion into another world.”

According to the Shen Yun website, “In a collection of short pieces, audiences travel from the Himalayas to tropical lake-filled regions; from the legends of the culture’s creation over 5,000 years ago through to the story of Falun Dafa in China today; from the highest heavens down to the dusty plateaus of the Middle Kingdom.”