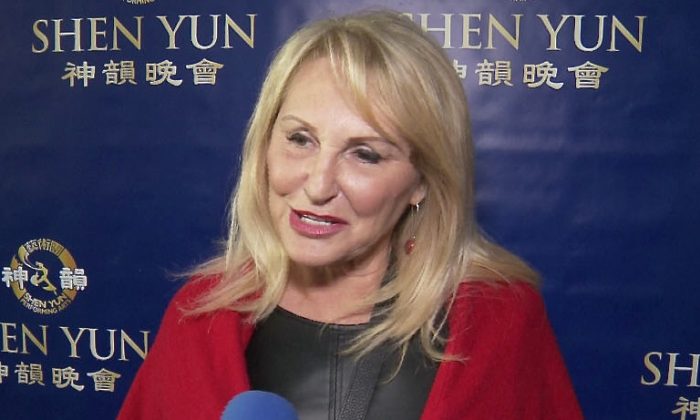 LOS ANGELES—Shen Yun Performing Arts is an antidote for the stressful lives we live these days, according to Sharon Christie, founder and president of Aromafloria, a natural and organic skin care products company.

“I loved the show. I think the show is marvelous, it is so soothing,” said Ms. Christie, who saw Shen Yun’s performance on Sunday, March 23, at the Nokia Theatre.

Ms. Christie said the techniques and physical ability of the dancers were outstanding, and the music is wonderful. She added the she learned a lot about classical Chinese dance through the performance.

“The costumes, the color, they’re spectacular; the grace upon which the skills are used, and the motions are also melodic, just fantastic,” she said.

“It’s most enjoyable,” she said. “I highly recommend the show.”

Also coming to see the show on Sunday was Linda Vuong, a finance director for Pathways, who said she found Shen Yun to be really amazing.

“I really loved this, this is the first time I’ve come but this is amazing,” she said.