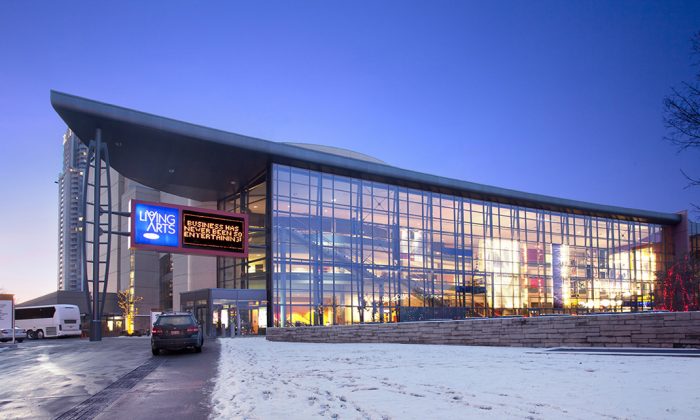 MISSISSAUGA, Canada—Justice of the Peace John MacDonald was so intrigued by the promotions for Shen Yun Performing Arts that he knew he couldn’t miss the chance to see it at the Living Arts Centre on Friday.

After taking in the sold-out performance of classical Chinese music and dance, he gave the experience a top grade.

Mr. MacDonald is a court administrator in both Ontario and Nova Scotia. He also worked as a reporter for the Oshawa Times, and served as executive assistant to a federal member of parliament for more than a decade.

“I’ve never seen anything as good as what I’m seeing here tonight,” he said. “I think it was great.”

New York-based Shen Yun was formed by overseas Chinese artists in 2006, with a mission to revive 5,000 years of divinely-inspired Chinese culture.

Mr. MacDonald was amazed by the physicality of classical Chinese dance.

“They must have taken lots of training.”

Passed down for thousands of years in China, classical Chinese dance is composed of three main parts: bearing, form, and technical skill. It also entails systematic training in movements and postures, as well as very difficult jumping and tumbling techniques, according to the Shen Yun website.

Mr. MacDonald was impressed with the interplay between the dancers and digitally animated backdrops. Designed to provide vivid context to each story-dance, the high-tech backdrops interact seamlessly with the dancers on stage.

He was also captivated by the hundreds of handmade costumes made of brightly coloured silk.

“I can’t believe the costumes and the talent of the individuals that are taking part in the show,” he said.

“It must be expensive to have costumes that beautiful and that well fitting and so many of them, so many costume changes.”

Though it was his first Shen Yun experience Mr. MacDonald vowed it wouldn’t be his last.