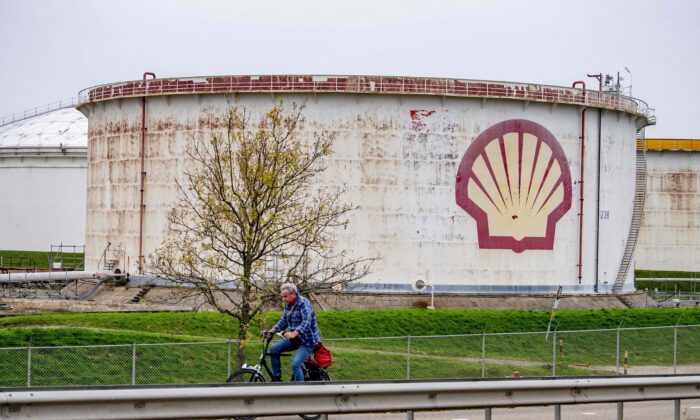 “2021 was a momentous year for Shell,” said company CEO Ben van Beurden in the earnings report published Feb. 3. “Progress made in 2021 will enable us to be bolder and move faster.”

“We delivered very strong financial performance in 2021, and our financial strength and discipline underpin the transformation of our company. Today we are stepping up our distributions with the announcement of an $8.5 billion share buyback programme and we expect to increase our dividend per share by around 4% for Q1 2022.”

Drastic expansion of oil and gas prices following the pandemic recovery boosted the company’s earnings. Currently trading at $53.41, the share price for the London-based company has gone up nearly 20 percent year-to-date.

While capital expenditure is predicted to be at the lower end of $23–27 billion for this year, Shell has reduced net debt by $23 billion from 2020 to $52.6 billion last year. The company has announced share buybacks of $8.5 billion during the first half of 2021, and increased dividends by about 4 percent to $0.25 per share for the first quarter. Shell had cut its dividends in early 2020.

Shell completed the acquisition of Missouri-based solar and energy storage developer Savion and signed a gas concession agreement in Oman in December 2021. In January, Shell, along with ScottishPower, won contracts to develop wind power in the UK, and also started up a hydrogen hydrolyzer with 20MW production capacity in China.

Shell sold the Permian business in the United States at the end of last year, adding $3 billion to the fourth quarter earnings. The company also acquired Australian online energy retailer Powershop in February.

According to the Independent, the average price at which Shell sold gas had doubled during the last 6 months to $8.88 per thousand cubic feet while its “Upstream” business, which refers to extraction of fossil fuels, sold oil at a price hike of 18 percent.