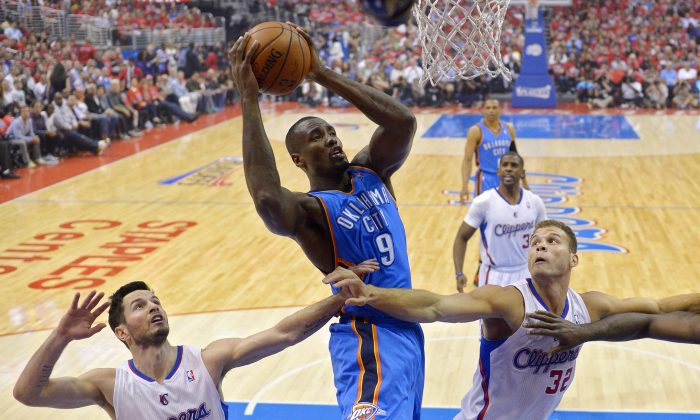 Serge Ibaka could play in the next Western Conference finals game on Sunday, when the Oklahoma City Thunder have their first home game in the series.

Ibaka had been thought out for the entire series but the injury status changed after the swelling around his calf “reduced substantially and unexpectedly,” Thunder general manager Sam Presti said in a statement on Friday.

The Thunder have been blown out in the first two games of the series, and some believe that the team doesn’t have much of a chance without Ibaka, the team’s third leading scorer.

If Ibaka doesn’t return for game 3 on Sunday, he could be back for game 4 on Tuesday.