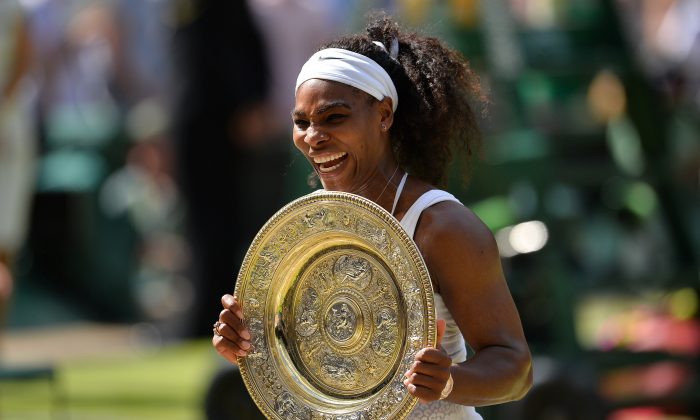 Serena Williams Sprints After Robber Who Stole Her Phone

Serena Williams wasn’t going to let him get away with her phone.

After a thief snatched the device while Serena and a man were eating in a restaurant, Serena leapt up, dodged customers, and went after the man on the street.

Although it’s unclear what she said, the guy gave the phone back.

Before the video cropped up, the tennis star had posted a picture of herself in a Superwoman outfit on Facebook and shared the story of the situation. She noted the guy was standing next to her and her companion, looking sketchy.

“I kept watching him from the corner of my eye. Than when least expected low and behold this common petty thief grabbed my phone and swiftly left. I looked at the chair, than shouted ‘Omg that dude took my phone!!’ Not thinking I reacted (hence the superwoman photo) I jumped up, weaved my way in and out of the cozy restaurant (leaping over a chair or two) and chased him down. He began to run but I was too fast. (Those sprints came in handy),” she wrote.

“I was upon him in a flash! In the most menacing yet calm no nonsense voice I could muster I kindly asked him if he ‘accidentally’ took the wrong phone. He stumbled on his words probably not expecting this to happen. While he was thinking of the right thing to say and eventually he said ‘Gosh you know what I did! It was so confusing in there. I must have grabbed the wrong phone.'”

Williams said she got a standing ovation when she went back into the restaurant.