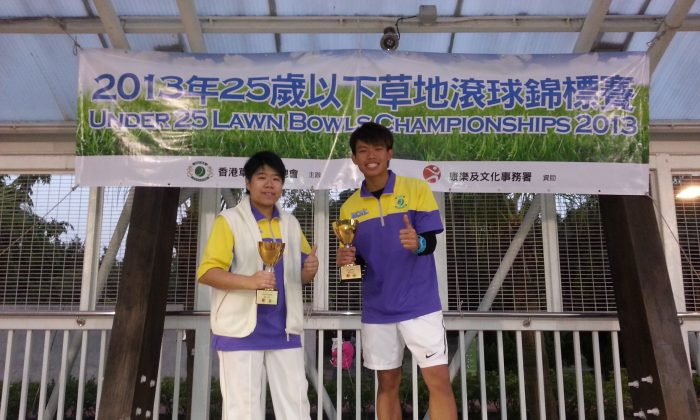 Two young bowlers who have made their mark in the open age lawn bowls arena by each winning a senior title, returned to compete against players in their own age group to win the Male and Female Under-25 singles titles last Sunday Dec 1.

Simpson Chang, a 19-year-old schoolboy, and Vivian Yip, a 21-year-old schoolgirl, never had a lot of success in the junior championships, but have had more success elsewhere.

Yip was the youngest bowler to lift the Indoor Singles trophy back in 2011 and was runners-up at the National Fours this year.

She did not play well in the early round of the U-25 competition—she only qualified as the runner-up in her group. She needed the last bowl against Hong Kong Youth Team team-mate Monica Ho to win the match and the title.

Meanwhile, Chang, who won the National 2-4-2 Pairs with Yip’s brother Anthony last year, also did not start the tournament brightly and only qualified with the second lowest points. But he caught up when it really mattered, winning four of the five games in the final round to take the title.

Both players participated in the Hong Kong team training camp earlier this year and obviously they displayed a higher level of consistency compared to Sunday’s other participants.

This year a total of 42 boys and 18 girls participated in the annual singles tournament specially designed for bowlers under the age of 25.