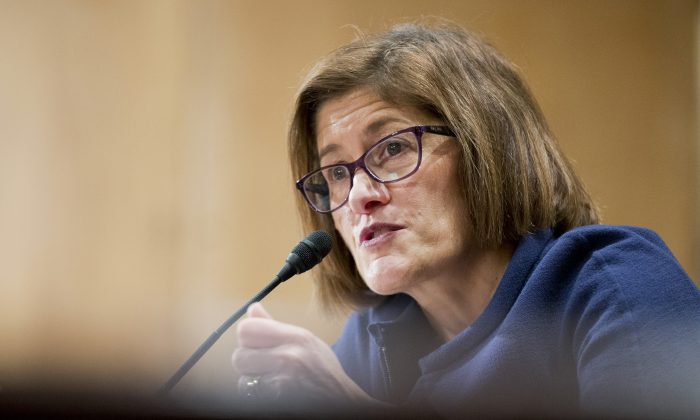 WASHINGTON — President Barack Obama’s nominee to head the Office of Personnel Management on Thursday promised to strengthen the agency’s cybersecurity and information technology systems after what’s believed to be the largest data breach in U.S. history.

Senators grilled Beth Cobert at her confirmation hearing about the hack. She was nominated to succeed Katherine Archuleta, who resigned in July after hackers stole the Social Security numbers, health histories and other highly sensitive data belonging to more than 20 million people.

Cobert is the agency’s acting director.

“Clearly existing protections are not sufficient and major changes are necessary, not just at the OPM but across the federal government,” said Wisconsin Sen. Ron Johnson, the Republican chairman of the Senate Homeland Security and Government Affairs Committee.

Johnson and other senators said federal employees who dedicate their careers to public service should be confident that the government will protect their most sensitive data.

In her testimony, she said the agency has put several new safeguards in place since she became acting director.

“We need to change the way we act in the face of this threat,” she said.

The Obama administration is working to overhaul the federal security clearance system in response to the breach. U.S. officials believe a Chinese espionage operation infiltrated the personnel office’s records, accessing information on 21.5 million current and former employment or job applicants. Fingerprint images belonging to some 5.6 million people were stolen.

A new government office, called the National Background Investigations Bureau, will take over the job of running background checks on all federal employees, contractors and others. And the Defense Department will design, build and operate the computer system that houses and processes people’s personal information.

Across the Capitol, a House panel is subpoenaing Cobert over documents related to the data breach. House Oversight and Government Reform Committee Chairman Jason Chaffetz, R-Utah, said Cobert is “not working in good faith with the committee” as Republicans investigate the data hack.

Separately, Louisiana Republican Sen. David Vitter has threatened to hold up Cobert’s nomination over issues related to the health care law. He has objected to Obama administration rules dealing with coverage for members of Congress and staffers.