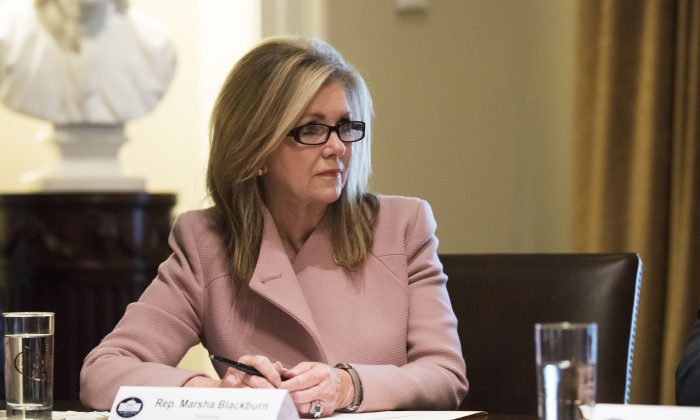 Is the White House now the unofficial dead-letter office?

A new letter, following in the unfortunate tradition of others, would make it seem so.

This letter isn’t about the crisis of the hour: Russia–Ukraine. But it is related, part of the same nexus, and, if anything, is more serious.

It’s about one of Russia’s, and China’s (China recently signed a 25-year cooperation program with them) closest friends and the possibility of their obtaining—if they haven’t already—nuclear weapons. That, of course, is Iran.

While Ukraine dominates the news, the question of rejoining the Iran nuclear deal, aka the Joint Comprehensive Plan of Action (JPCOA), which was supposed (laughably in the views of many, including former President Donald Trump, who ended our country’s participation) to keep nukes out of the hands of the fanatical mullahs, is being renegotiated on what some fear are weak terms—so weak that they would make the agreement meaningless.

This could be an even more fraught situation than the disaster that transpired in Afghanistan, with even greater civilizational implications.

A letter, originally drafted by Sen. Ted Cruz (R-Texas) and signed by 34 Republican senators, was sent to President Joe Biden, requesting he submit to the Senate whatever Iran deal has been agreed to for ratification. (You can see the letter with signatures here.)

A key portion reads: “As a threshold matter, we reiterate our view that any agreement with Iran regarding its nuclear program is of such gravity for U. S. national security that by definition it is a treaty requiring Senate advice and consent. Furthermore, genuinely robust agreement with Iran would be compelling enough to secure assent from two-thirds of the Senate—and the only reason not to present it for a resolution of ratification is that is too weak to pass muster.”

I interviewed one of the signers, Sen. Marsha Blackburn (R-Tenn.), about the letter at her Nashville, Tennessee, office on Feb. 11. She said such a non-response is par for the course.

“We send letters over there all the time, and we receive nothing. I sent a letter over in November, about Russia and China and asking the president to move forward with sanctions at that point and to begin sales of lethal arms as assistance to Ukraine, so they could protect themselves.

“And of course, I’m still waiting.”

So is Ukraine, to a great extent.

The senator began by explaining her reasons for signing the letter and her deep skepticism about the Iran deal in general.

Sen. Blackburn: The point of this [letter] is number one, the White House does not need to be executing a new Iran deal. That and, of course, when you look at what that does to the region, and you look at the fact that the new axis of evil: Russia, China, Iran, and North Korea … well, Russia and China look at Iran and North Korea as their proxies. … And Iran looks at all these terrorist groups, Hezbollah, Hamas, the Houthi, as their proxies. And the destabilization that comes from this. And then if Iran is enriching uranium up to a level, but they are not kicking the ticker, but they decide they want that nuclear weapon, then Saudi Arabia’s not going to let them get a nuclear weapon and not have a nuclear weapon [themselves]. And Iran has said, if they get a nuclear weapon, the first thing they’re going to do is wipe Israel off the face of the earth. So this is the reason for laying down our position.

Roger Simon: There’s a famous quote from the Holocaust, I think it’s Eli Wiesel. In one sentence, what did you learn from the experience? And that is, “If someone says they want to kill you, believe them.” … I noticed something from the letter I think is interesting. If Biden were to allow the Senate to approve, it becomes a treaty, in other words, permanent. Whereas before, it was never a treaty. So Trump was legally allowed to disavow it. If they don’t give it to the Senate, in this case, the same thing will be true of a president in 2024. Correct?

Sen. Blackburn: But they know that it would be very difficult to get the two-thirds vote that would be necessary to push it through and turn it into a treaty.

Roger Simon: Indeed. Speaking of that, I found it curious a fair number of Republican senators did not sign this [letter]. Why do you think that is?

Sen. Blackburn: I have no idea. I haven’t talked to anyone. You know, there were some of us quite concerned about what was transpiring with the meetings over there [Vienna]. They had done a reset on the talks. And we thought we’d better be laying our marker down on this. You can’t just go off and willy-nilly do things like this, like Obama did. Why others chose not to sign the letter I don’t know.

Roger Simon: It was interesting to me, because I don’t understand the process of something like this, how it works between the senators. I understand it was originally drafted by Ted Cruz, is that correct? Okay, now, how did they go from Ted Cruz to you as an example?

Sen. Blackburn: The way that happens is someone from his team would have emailed other Republican Judiciary or Armed Services or a Steering Committee or Commerce, Science, Transportation, the other legislative assistants, and would have said my member is working on this letter. And here is the draft. And then different members choose if they want to weigh in and add something or extract something from it.

Roger Simon: Effectively like a markup. [Blackburn nods.] I see that 34 GOP senators signed this letter. That means 16 did not. But they would all get it, basically?

Sen. Blackburn: I would think everybody received it.

Roger Simon: Maybe I’m suspicious but… The small group [of five countries] working on the JPCOA includes the People’s Republic of China. Having just had a look at Peter Schweizer’s new book “Red-Handed,” there’s an awful lot of China influence going on in the U.S. Congress. It’s scary when you think about it because it seems to me that this would be pretty much of a no-brainer letter [to sign].

Sen. Blackburn: To me, it makes sense that we would do this and lay down a marker. And of course, with me, the Chinese have sanctioned me. They have banned me from the country. Their foreign minister tweets at me. So we just have to realize that they are not a fan of mine. So, therefore, they don’t try to engage me. Yes, it is incredibly disappointing to me that we have some former members of Congress who lobby for Chinese-based companies. It is likewise disappointing to me that we have some companies that choose to continue to make agreements with the Chinese Communist Party and continue to manufacture using slave labor and sponsoring the Olympics.

At that point, we moved on to other subjects, including some questions I had for the senator for the book I am working on: “The Southland Train.” She had some interesting observations about the new constituents she meets who have moved from blue states such as California to her own red Tennessee, also about how the state turned red. (It’s more recent than one would think.) Her responses will be included in the book.

What I didn’t ask her about—she has to work with these people; I don’t—is specific GOP senators who didn’t sign this important Iran letter that you would indeed think would be a no-brainer for any Republican concerned with preserving Western civilization. Those would include some pretty famous names—Mitch McConnell, Lindsay Graham, and so forth. Someone should ask them directly to explain.

As for Sen. Blackburn, from what we have seen from the Olympics and elsewhere, she’s lucky to have been banned from China. It’s more like a badge of honor.

Personal reminder: If you have a story to share with me about your migration to red states from blue ones, I’d love to hear it and possibly use it in the book with your permission. Please send to thesouthlandtrain@protonmail.com.