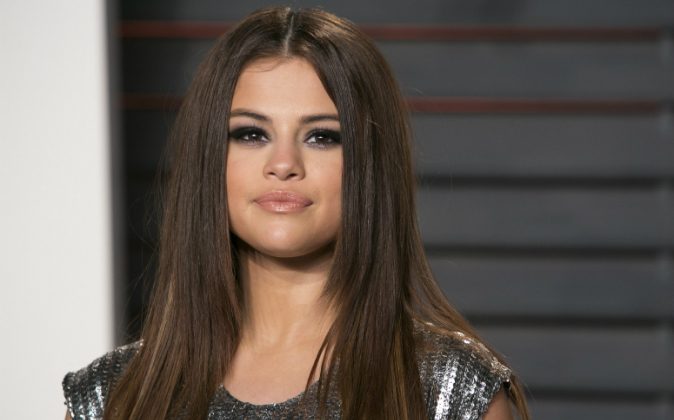 Selena Gomez is the ex-girlfriend of Justin Bieber and great friends with Taylor Swift, yet those are not the only reasons she is one of Hollywood’s elite. Gomez rose to Hollywood elite status on her own laurels and talents that led to multi-platinum selling records, a leading 74 million followers on Instagram, and the face of hair care line, Pantene.

It hasn’t been smooth sailing for the former child star who sat down with “GQ” magazine where she discussed fame, acting, and living with Lupus, an auto-immune disease she contracted in 2014.

The longevity of her career in the spotlight has left the actress somewhat jaded.

Gomez got her start in Hollywood as Gianna on “Barney and Friends” in 2001. She would later act alongside Miley Cyrus on “Hannah Montana” as Mikayla and play Alex Russo on Wizards of Waverly Place, both on the Disney Channel. The longevity of her career in the spotlight has left the actress somewhat jaded.

Justin Bieber Grabbed by the Throat by Rapper Post Malone, Who Is Touring With Him

“It’s either of two extremes,” she said regarding fame. “Either you’re going to succumb to it and be surrounded by all the noise and enjoy it and get the rush from it, or you’re going to be so far off of it because you don’t trust anyone or think any of it’s genuine. That’s the girl that I am.”

The woman that Gomez has become is different from the girl people knew from the Disney days, which A$AP Rocky, collaborator on her lead single, “Good For You,” noticed—and is quoted saying “She is developing her sexiness” in an interview with “Billboard.”

The former Disney star acknowledged her youthfulness and the obstacles it brings in obtaining acting roles.

“I’m young, and I look younger. So the roles that I want to go for, it’s all about how the face is. I can play like I’m 16 still. Doesn’t really work for the things I want to do,” said Gomez. “I want to have an experience that I would go a little bit stir-crazy with. I like people pushing a little bit.”

Gomez shared that she would love to work with David Russell, citing “Flirting With Disaster” as her favorite movie by the film director.

I got diagnosed with lupus. My mom had a very public miscarriage. So I had to cancel my tour. I needed time to just be okay.
— Selena Gomez

“I know he’s got a reputation for being intense,” she said of Russell. “Because I saw [Amy Adams’s] performance” in “American Hustle.”

She continued: “There’s a deleted scene that’s not even in the movie that I think is her best scene that she’s ever done. It’s five minutes long, and it’s her hysterically crying and laughing at the same time, and it’s so beautiful. Because I know—I mean, I don’t know—but I know what maybe happened for her to get there. And it was [expletive] amazing. It was beautiful.”

Gomez has been subjected to much scrutiny and speculation from the media. In January 2014, the 23-year-old checked into Meadows, a rehab center in Arizona. What the media had assumed was a substance abuse issue was in fact treatment for lupus.

“I got diagnosed with lupus. My mom had a very public miscarriage. So I had to cancel my tour. I needed time to just be okay. And I was going through leukemia”—I think she means chemotherapy here—”and I went to two different locations for those treatments,” said Gomez.

Gomez shared a story where she told a young patient in a children’s hospital, as a way to form a connection with her, “I have lupus. I was in the ICU for two and a half weeks. I was in this exact same room.” At that point only her family and best friend were aware of her lupus diagnosis.

Selena Gomez, who refers to child stars transitioning into adulthood in the industry as “easy targets,” at times imagines a life out of the spotlight, back in Texas.

“I would’ve fallen in love and gone to school. I think I’d maybe be thinking of having a family and kids now, at 24, which would be this year. Yeah.”