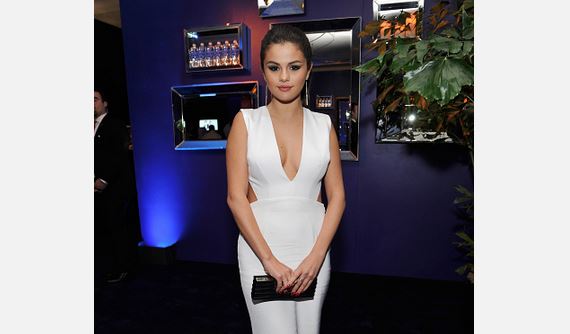 Selena Gomez is going to announce her next movie this week, according to a new report.

Gomez made the disclosure at the 2015 Golden Globes on Sunday night, reported Gossip Cop.

However, the website says it would not disclose anything else she said about the movie.

Gomez last starred as Nina Pennington in Behaving Badly and Kate in Rudderless, both of which came out in 2014.

In 2013, she starred as The Kid in Getaway and Alex Russo in The Wizards Return: Alex vs Alex.

Gomez’s most famous role in the last several years was likely as Faith in Spring Breakers from 2012.

She also appeared in 106 episodes of the televisions series Wizards of Waverly Place, wrapping up in 2012.

Her other film roles include Beezus Quimby in Ramona and Beezus, herself in The Muppets, and voicing Mavis in Hotel Transylvania.

Meanwhile, after the Golden Globes, Gomez attended the afterparty thrown by HBO and Weinstein/Netflix along with friends Taylor Swift and Lorde.

Selena was pictured with EDM sensation Zedd, prompting rumors that her “big announcement” this week would actually be a collaboration with him.