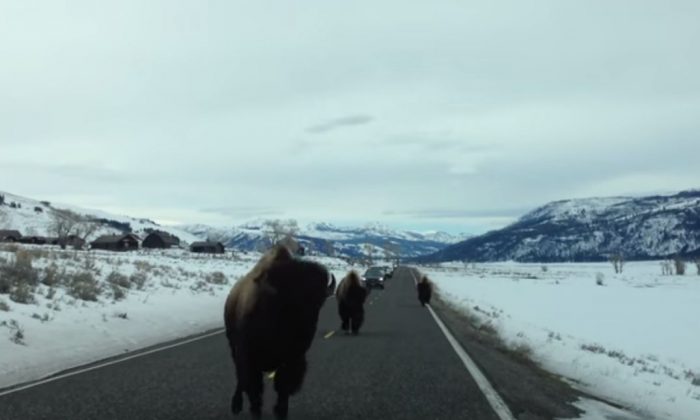 See This Yellowstone Buffalo Smash Headfirst into a Car

A bison in Yellowstone National Park apparently wasn’t too happy with a parked car in its vicinity.

Footage uploaded online shows a bison charging the car from about 200 yards away, as seen here:

The whole incident was captured on video in Yellowstone’s Lamar Valley in northwestern Wyoming.

It doesn’t appear that anyone was injured in the buffalo charge.

The YouTube uploader of the video, Tom Carter, wrote of the experience: “According to AAA Insurance, damage to the car totaled $2,787.82. That’s more than a dollar per pound of the 2,000 pound bison!”

He also said that “tourists in [the] car behind the buffalo chase[d] them into our parked car. Never harass wild animals,” according to OutdoorHub.

Carter uploaded another video that showed the damage done to the car, as seen below: