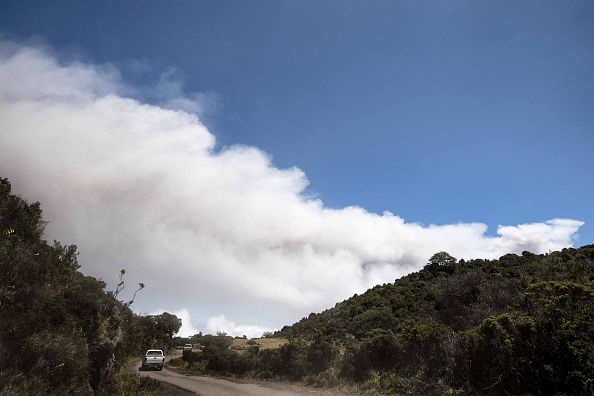 :Ash spewed from the Turrialba volcano heads towards San Jose and its surroundings on March 13, 2015. The volcano showered nearby towns with ash forcing evacuations from areas in its vicinity about 80 km from the crater. (AFP PHOTO / EZEQUIEL BECERRA)
Americas

The Turrialba in Costa Rica erupted this week, forcing the country to close down the airport in San Jose on Friday.

The airport was later reopened Friday.

As the Reuters news agency notes, the volcano had its most powerful eruption in about 20 years.

“We have recommended the evacuation of people and small animals as a precaution. The last explosion was very strong,” said a spokesman for the Volcanological and Seismological Observatory of Costa Rica, according to the news agency.

Costa Rica’s emergency services closed down roads near the volcano.

Said Accuweather.com, “The Turrialba volcano erupted three times on Thursday, the last occurring at 2:50 p.m. local time, according to the University of Costa Rica. The current series of eruptions began March 8. It marked the second major eruption of Turrialba in the last five years. Prior to 2010, Turrialba last erupted 145 years earlier.

“Ash from the eruptions was forecast to fall over 40 kilometers (20 miles), according to a USGS forecast provided by the Volcanological and Seismological Observatory of Costa Rica. The observatory had received numerous ash reports from across the region.”