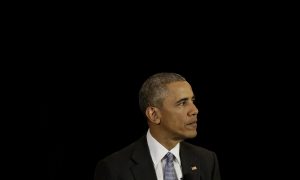 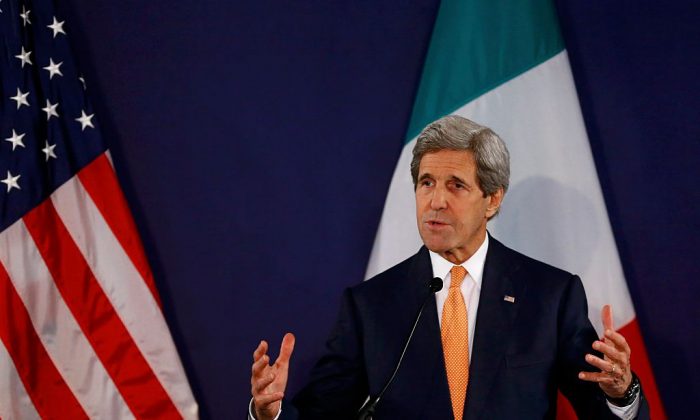 US Secretary of State John Kerry addresses a press conference on May 16, 2016 in Vienna, Austria. (Leonhard Foeger/AFP/Getty Images)
International

Secretary of State John Kerry said the United States and other world leaders they are ready to supply Libya’s internationally-recognized government with arms to fight against ISIS in a meeting in Vienna, Austria, on May 16.

Libya spiraled out of control after dictator Moammar Gaddafi was taken out of power.

Speaking at the Libya Ministerial Meeting in Vienna, Kerry pointed out that the country has been torn in a “battle over ambitions,” where individuals are “seeking their own interests.”

The Secretary of State, along with Libyan Prime Minister Fayez Al-Sarraj and Italian Foreign Minister Paolo Gentiloni, announced that the United States and world powers are ready to work together to de-escalate the conflict in Libya, driven by political reasons, as well as fighting against Daesh. The terrorist group, which has taken advantage of the chaos that ensued the country after the overthrow of Gaddafi, has taken over parts of Libya and has vastly contributed to the country’s destabilization.

“For the sake of Libya’s future we need to seize this moment,” Kerry said.

The Secretary of State said America and world powers will help Libya with whatever they request, and as of now they are requesting assistance.

Kerry said the United States will not put boots on the ground or intervene, but will help Libya with arms requests, economical needs, and with training.

He also said the international community will support the presidency council as it seeks exemption from the UN arms embargo to obtain weapons needed to fight ISIS and other terrorist groups.

In the announcement, Kerry vowed to punish those who threaten Libya’s peace and security with sanctions.

“The United States and the international community will back you every step of they way,” said Kerry.

“We support a government of national accord in Libya,” he said.

Kerry also called for the acceleration of humanitarian aid for Libya, and on the House of Representatives to vote on the Government of National Accord. He also said President Obama is ready to act if the security of the United States is threatened.