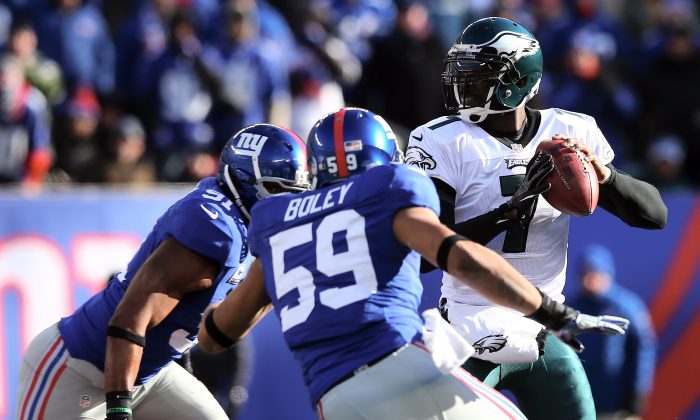 Celebrity news website TMZ reported that Boley, who started for the Giants during their Super Bowl XLVI run in 2011, physically abused his son. TMZ points out that it wasn’t sexual abuse.

Court officials in Alabama told the website that he plead guilty to child abuse in February 2013 and under a plea deal, he was ordered to enroll in a diversion program. Upon completion of the program, charges against him will be dropped.

He was arraigned in Alabama in early February, around the same time the Giants cut him from the team.

Boley is currently a free agent.

A team source with the Giants told the New York Daily News that he was cut not because of the charges against him but because of injuries, declining production, and his pay.

The Giants also cleared $4.5 million in salary cap space by releasing him.