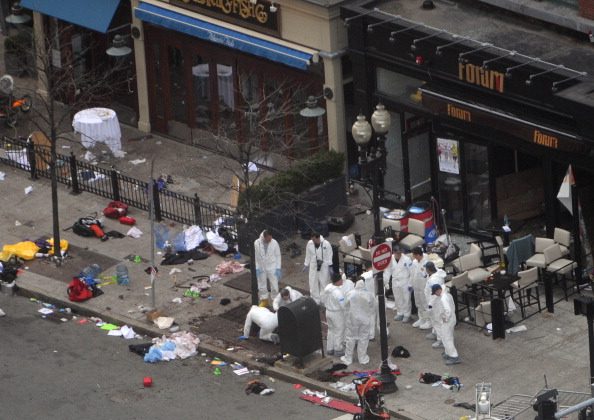 Second Boston victim: A second victim who was killed in the Boston Marathon bombing was identified on Tuesday, according to reports.

The victim was identified as 29-year-old Krystle Campbell, a restaurant manager in Medford, Mass., according to NBC News and other outlets. Two other people, including an 8-year-old boy were killed in the bomb blast.

Authorities on Tuesday found that the bombs were made out of pressure cookers that contained gunpowder and shrapnel.

Her father, William Campbell, told NBC that he was initially told that his daughter was alive and was in surgery, but it turned out she was one of the victims who died.

Campbell told Yahoo News that she was “the most lovable girl. She helped everybody and I’m just so shocked right now. We’re just devastated.”

Her mother, Patty Campbell, said her daughter did not deserve being killed in such a fashion. “We can’t believe it,” she told ABC affiliate WCVB. “This is just a waste.”

She was “the daughter that every father dreamed of having,” Medford Mayor Michael McGlynn told NBC News, describing her as “very energetic” with a “big smile.”

“To find out that one of the victims was a graduate of Medford High who lives right down the street here from City Hall makes it even that much tougher, even though yesterday we thought it couldn’t get any tougher,” he elaborated.

The 8-year-old victim was identified as Martin Richard of Boston. He was killed while watching the race with his family.

In the blast, three people were killed 170 others were injured.