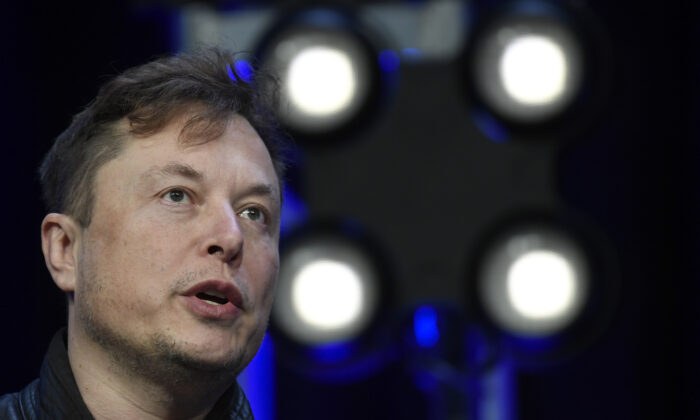 Tesla said it received a subpoena from the U.S. Securities and Exchange Commission related to a 2018 settlement that required vetting of CEO Elon Musk’s tweets on material information about the company, according to a Feb. 7 filing.

The subpoena was issued by the SEC on Nov. 16, shortly after Musk asked his followers on Twitter if he should sell 10 percent of his stake in the electric car maker, triggering a stock selloff.

Tesla was hit by a lawsuit by private investors in December, claiming that the same November tweet on stock sales devalued their shares.

The company’s shares had fallen by nearly a quarter since the tweet.

According to Tesla’s filing, the SEC is seeking information on the company’s “governance processes around compliance with the SEC settlement, as amended.”

The South African billionaire has been in a widely publicized feud with the SEC since 2018, when he settled a lawsuit with the agency over a tweet saying that Tesla had “funding secured” to take the company private at $420 a share.

The securities regulator is trying to determine whether Tesla has complied with a 2019 revised version of the 2018 settlement agreement that was struck after Musk’s public 2018 tweet.

The SEC threatened to charge Musk with fraud and sued his company over that tweet.

Tesla and Musk settled with the regulator by agreeing to have company lawyers pre-approve his tweets before publicizing material information about the company.

Musk also had to relinquish the role of chairman of the board at Tesla for three years, and both he and the company each had to pay a $20 million fine.

However, the feud between the SEC and Musk did not stop there.

Musk has continued to use the social media platform to pronounce his views to fans and investors, pushing the boundaries of public discussion where the SEC is concerned.

In early 2019, after Musk posted a tweet about about Model 3 production numbers, the SEC asked to hold the CEO in contempt of court, saying that he had violated the initial settlement agreement without pre-approval by Tesla attorneys.

In 2020, Musk called the SEC the “short-seller enrichment commission,” and later shared a veiled insult regarding the regulator’s acronym.

Last Fall, the Tesla CEO invited his tens of millions of followers on Twitter to “blow the whistle on Tesla!”

In the tweet, he shared a link to a web page where followers could buy a metal whistle shaped like the Cybertruck, an experimental pickup that Tesla first showed off in November 2019.

The SEC’s latest action adds to put further pressure on Tesla, as federal and state auto safety regulators have ordered vehicle recalls and investigations related to its driver-assistance software and touchscreen entertainment displays.

Reuters reported earlier that the SEC confirmed that it was investigating a whistleblower complaint from a former Tesla employee, Stephen Henkes, who said that the company knew of, but failed to notify shareholders and the public about, serious fire risks associated with its solar panel system for years.

Tesla responded that it “routinely” cooperates with government subpoenas and other investigations and inquiries.

The automaker has also been battling a series of civil rights lawsuits on racial abuse and sexual harassment.

A federal jury in October ordered the company to pay $137 million to a black former contract worker in one of the cases.

The California Department of Fair Employment and Housing investigated allegations of race discrimination and harassment in Tesla workplaces and gave notice that it had grounds to file a civil complaint against the electric car maker.

New York State Common Retirement Fund said on Feb. 7 that it had filed shareholder proposals with Tesla, Activision Blizzard, and Starbucks, requesting that they report on their efforts to prevent harassment and discrimination against employees.

The proposals ask the three companies to disclose the total number and aggregate dollar amount of disputes settled related to sexual abuse or harassment or discrimination.

Musk and President Joe Biden have been at odds for months after the administration snubbed Tesla by praising legacy automakers, such as Ford and General Motors, as being leaders in the electric vehicle race, despite them being latecomers to the market.

Last month, Biden again angered the Tesla CEO by inviting the CEOs of GM and Ford to attend a meeting of tech and auto companies at the White House, leaving Musk off the attendee list.

Tesla is appealing an order from the National Labor Relations Board last March demanding that Musk delete a tweet that said that Tesla workers could lose stock options if they voted to join the UAW.