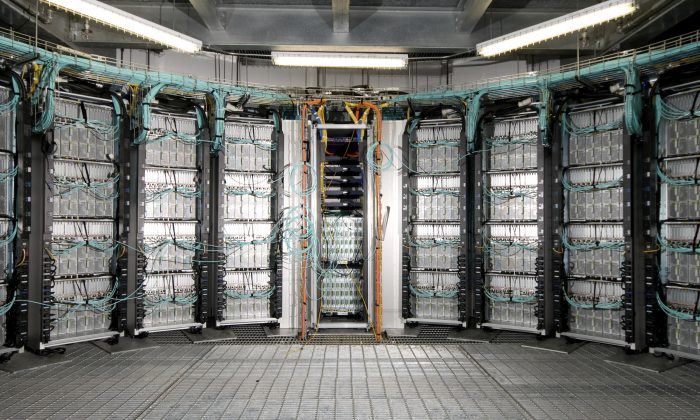 Walter O’Brien is developing a system that can automatically launch a counter-attack when systems are being targetted in a cyberattack. (objectifphoto/iStock)
Cybersecurity

What better way to fight cyberattacks, than to give the computer a mind of its own, and let it defend itself? Walter O’Brien, executive producer of the CBS hit show “Scorpion” and CEO of Scorpion Computer Services, said this is not only possible, but may be the solution this country needs to stop state-run cyberattacks.

“I believe that you can actually make the system secure,” O’Brien said, in a phone interview. “The reason you can’t make it secure is what we call the ‘darn human problem.'”

O’Brien calls the new system “The Scorpion Private Cloud.” He presented it in October 2015 at the Northeast Indiana Defense Industry Association Mega Conference, and detailed its design in a July 2015 white paper.

“My solution is all about artificial intelligence,” O’Brien said, noting he sees this as the inevitable path cybersecurity will take.

The problem is that no matter how secure a network is, as long as it’s being administered by people, there will always be a risk. He said with the new system, “It goes beyond human, and gives you 100 percent coverage.”

The design isn’t science fiction either. According to O’Brien, “It’s math, not magic.”

The overall reasoning for such a system is simple, and in his white paper O’Brien gives a couple analogies.

He noted that when it comes to money, not everyone can afford to build a private vault. So instead of hiding our cash under our mattresses or in tin cans in the backyard, we have banks to keep our finances secure.

We treat national threats with similar importance. With plutonium and uranium, the government regulates them, tracks them, and keeps the materials in secure locations. The result, he writes, is, “No one has built, stolen, or accidentally launched a nuclear weapon on U.S. soil.”

The question is, why don’t we treat cyber—which affects both our money and our national security—with this same level of importance?

As things currently stand when it comes to data regulations, O’Brien states in his report, “Companies end up trying to secure data in a manner equivalent to ‘keeping it under your mattress.'”

There are plenty of different cybersecurity systems, and The Scorpion Private Cloud would simply bring these under one roof. It would take a data center similar to Amazon’s AWS (Amazon Web Services), lock it up like we do with NORAD, then protect it with the latest cybertechnology.

Then, for the artificial intelligence aspect, O’Brien wrote in his white paper, the system uses ScenGen, Scorpion’s scenario generation system, “to watch for any non-normal behavior by the users or the systems.”

“We have technology that does all of this,” O’Brien said. “We’ve just never put it in one box.”

He said it’s also possible to enable a system to launch its own counterattacks if it’s under attack. If it detects the location of an attack, he said, it could be programmed to automatically disable the source of the attack by overloading and disabling the hostile system—using something like a fairly common distributed denial of service (DDoS) attack.

O’Brien believes that by automating a system for counterattacks, state-affiliated hackers may be less willing to launch attacks, and it would also alleviate the bad press that would otherwise follow if a country fought back. It would be similar to someone sticking their own hand in a mousetrap.

“That means if you touch us, we strike you back, just like a scorpion would,” he said.

Since it would use existing technologies, it would also be possible to mass-produce stand-alone secure data centers. O’Brien noted that each data center could simply be built in climate-controlled containers, similar to those currently used for international shipping.

Putting the security systems in place wouldn’t be much more complicated than installing software. O’Brien said as soon as they build one secure data center, from there “it’s easy to duplicate.”