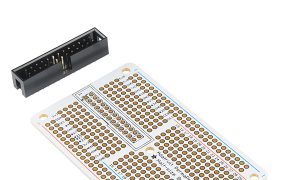 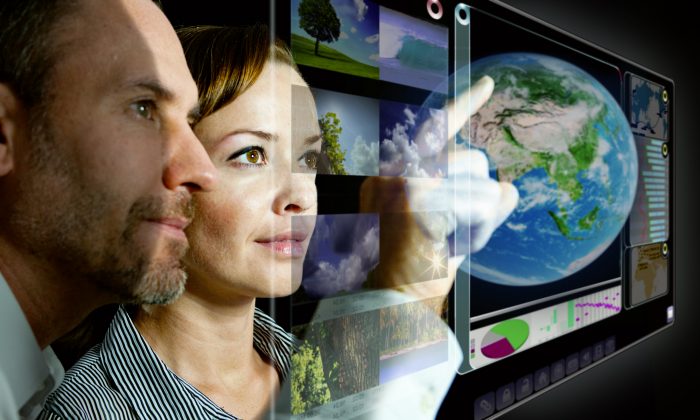 The invention of 3D holograms is nearer. (audioundwerbung/iStock)
Tech

Three dimensional holographic images and floating displays outside a screen have long been a favorite of science fiction movies such as the rescue message carried by R2-D2 in “Star Wars.”

In fact, the dream of optically displaying a 3-D object has been constantly driving the revolution of display technologies over the past decade.

At the moment most 3-D imagery is only seen with the aid of special glasses. But the revenue generated by this 3-D technology market in 2013 exceeded $93.21 billion (almost double the global solar market), and is expected to grow up to $279.27 billion by 2018.

The research efforts in nanotechnology have significantly advanced development of display devices. Graphene, an atomic layer of carbon material that won scientists Andre Geim and Konstantin Novoselov the 2010 Nobel Prize in Physics, has emerged as a key component for flexible and wearable displaying devices.

Owing to its fascinating electronic and optical properties, and high mechanical strength, graphene has been mainly used as touch screens in wearable devices such as mobiles.

This technical advance has enabled devices such as smart watches, fitness bands, and smart headsets to transition from science fiction into reality, even though the display is still 2-D flat.

But wearable displaying devices, in particular devices with a floating display, will remain one of the most significant trends in the industry, which is projected to double every two years and exceed $12 billion in the year of 2018.

A 3-D Image With No Glasses

In a paper, published April 23 in Nature Communications, we show how our technology realizes wide viewing-angle and full-color floating 3-D display in graphene based materials. Ultimately this will help to transform wearable displaying devices into floating 3-D displays.

A graphene-enabled floating display is based on the principle of holography invented by Dennis Gabor, who was awarded the Nobel Prize in Physics in 1971. The idea of optical holography provides a revolutionary method for recording and displaying both 3-D amplitude and phase of an optical wave that comes from an object of interest.

The physical realization of high definition and wide viewing angle, holographic 3-D displays relies on the generation of a digital holographic screen, which is composed of many small pixels.

These pixels are used to bend light carrying the information for display. The angle of bending is measured by the refractive index of the screen material—according to the holographic correlation.

The smaller the refractive index pixels, the larger the bending angle once the beam passes through the hologram. This nanometer size of pixels is of great significance for the reconstructed 3-D object to be vividly viewed in a wide angle.

The process is complex but the key physical step is to control the heating of photoreduction of graphene oxides, derivatives of graphene with analogous physical structures but presence of additional oxygen groups.

Through a photoreduction process, without involving any temperature increment, graphene oxides can be reduced toward graphene by absorbing a single femtosecond pulsed laser beam.

Our technique enables the reconstructed floating 3-D object to be vividly and naturally viewed in a wide angle up to 52 degrees.

This result corresponds to an improvement in viewing angles by one order of magnitude compared with the current available 3-D holographic displays based on liquid crystal phase modulators, limited to a few degrees.

At this moment, the demonstrated graphene 3-D display can only allow images up to 1 centimeter. But there is no limitation for the up scalability of this technique.

Owing to the excellent mechanical strength of graphene based materials, our technique can help to transit graphene-enabled wearable displaying devices from 2-D into floating 3-D displays.

It is projected that graphene 3-D display at tens of centimeter scale, perfect for the wearable displaying devices, will be available within five years.

The demonstrated principle would have potential impacts on the development of versatile holographic components and underpin the soaring development of holographic anti-counterfeit tags, security labels, identification code, and so on.

Min Gu is a professor of optoelectronics and Xiangping Li is a senior research fellow at Swinburne University of Technology in Australia. This article was originally published on The Conversation.