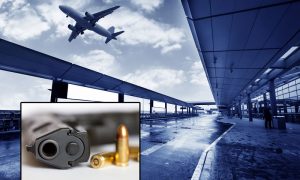 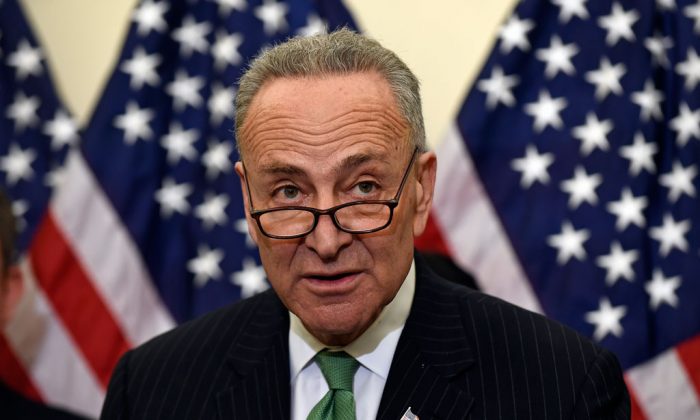 “We just can’t be too careful.”
— Sen. Charles Schumer

“In this day and age of terrorism, rampant drug dealing and gun smuggling, we just can’t be too careful,” Schumer said.

Currently, pilots and flight crews, as well as passengers, pass through the TSA metal detectors. But Schumer said many employees who work in the secure sections of airports are exempt.

Schumer called the loophole “mind-boggling” and said criminals or terrorists could smuggle drugs, guns, and explosives onto planes. While the TSA does a good job with background checks, he said they are “hardly foolproof” and not nearly as effective as metal detectors.

The TSA has the authority to do the screening now and does not need a new law, Schumer said. He also said it would be an inexpensive fix that, at most, would add “pennies” to the cost of an airline ticket.

Schumer said the gunrunning scheme was “frighteningly bad news” that did not require a sophisticated smuggling scheme. Instead it was “a cakewalk for criminals to pull off,” he said.

Very few, if any, airports require screening of these employees, Schumer said.

Authorities have charged five people, including an airline baggage handler, with illegally shipping firearms between Atlanta and New York on passenger jets, including 153 guns seized during the seven-month investigation.

“The ease by which airport employees are able to smuggle weapons and other contraband onto our commercial airliners is troubling and warrants immediate scrutiny and inspection,” Thompson said. That investigation, with the New York Police Department and federal authorities, identified “gaping holes in our nation’s airport security,” he said.

Schumer said the basic response from TSA is that screening would be too complex to do, because many employees go back and forth between secure and unsecure locations.

The TSA did not immediately reply Wednesday to requests for comment.